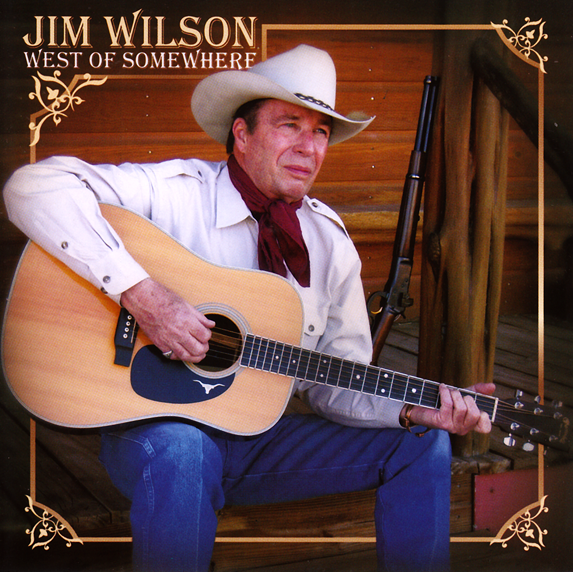 We were sitting around, visiting, after a cowboy gathering (never mind which one) when one of the cowboys offered the opinion that only those folks with a ranching and cowboy background ought to be doing cowboy music and poetry. One of those present looked up and commented: “Hell, everybody’s from west of somewhere.”

Now, anybody who has ever thought abut writing songs is always looking for an idea and what we call a hook line. I like to have ripped off my shirt pocket, as i grabbed my pen and jotted down that line.

That was the key that gave me the title song for this album. I had a verse and chorus written before daylight the next day. But it tookme nearly a year to finish it. And, naturally, it went in a direction that I didn’t expect it to. That’s another thing about songwriting: don’t get in the way of where a song is headed; it’ll often write itself if you just listen and pay attention.

I make no apologies for including five songs by Ian Tyson; Ian is as cowboy as they get and is always true to the western spirit. However, I’ve also included songs by Guy Clark, Townes Van Zandt, and Tom Russell, who are all cowboys at heart.

And that’s the beauty of western music, “cowboy music” as I call it. It’s wonderful if you have a ranching or cowboy background, as many of us do. But it’s also just as great if you love the music and the traditions that it portrays. Maybe you enjoy the music, or maybe you were one of the Front Row kids who spent your Saturdays rooting for Roy, Gene, Hoppy, Tex, or Rex. I really don’t think that it matters. There’s room for us all. Hell, everybody’s from WEST OF SOMEWHERE.

4 Responses to West of Somewhere