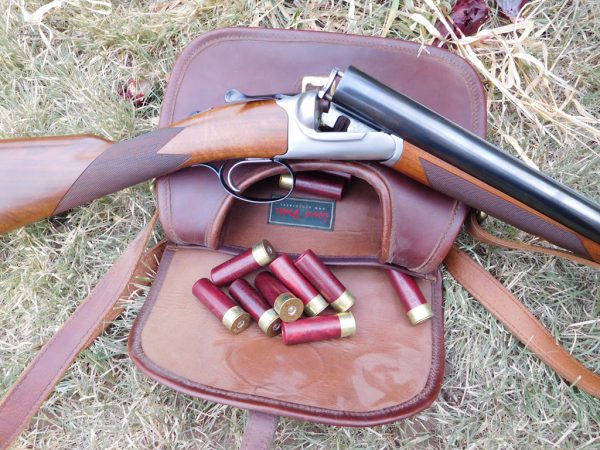 The shooting sports have to hold some kind of record for having the most number of myths that have been handed down, sworn to, and accepted, by folks who can’t seem to think for themselves. And, for my money, shotgunning leads all of the rest in having some really goofy stuff that an amazing number of shotgunners, or wannabe shotgunners, believe and pass on. Here are four of the goofiest.

A SINGLE SIGHTING PLANE IS SUPERIOR TO A
DOUBLE SIGHTING PLANE.
This is the premise that over/under, pumps, and autos, have a single sighting plane while the side-by-side has two, and that is somehow superior.

To begin with, the SxS has a single rib in the center of the two barrels. People who shoot doubles successfully don’t sight down each individual barrel, they are looking down the rib between the two barrels.

But the biggest fallacy is that, if you are looking at any part of the gun—including the front sight—you are going to slow your swing and miss the bird. That one act probably accounts for more missed birds than any other mistake that a shotgunner can make.

SHORT BARRELS ARE BEST FOR SHOOTING UPLAND BIRDS.
Shotguns with 26-inch barrels, or shorter, are usually quicker to swing at a flying target. But what many upland bird hunters don’t understand is that they are also quicker to slow down, causing the hunter to shoot behind the bird.

A shotgun used successfully on flying birds ought to be just a little bit muzzle heavy. That weight out on the end of the gun encourages the shooter to continue his swing. Now, I’m not saying that you won’t kill birds with a short-barreled shotgun; I’m just saying that you won’t kill as many as when using a gun with a 28-inch, or even 30-inch, barrel. Stopping our swing is why most of us miss birds and it’s not a good idea to use a gun that encourages this.

START SMALL WOMEN & KIDS ON A .410.
Experienced shotgunners know that a .410 is a difficult gun to use if you expect to actually hit flying birds. It is an expert’s gun, not a beginner’s gun. Again, we know that there are people who can, and do, kill flying birds with a .410. They would, in fact, kill a lot more birds if they used a real shotgun. Kids, small women, and beginners of all ages and genders, would be far better served if they were started on a 20 gauge or 28 gauge shotgun.

TUCKING THE BUTT OF THE SHOTGUN INTO THE CROOK OF THE ELBOW & PLACING THE TRIGGER FINGER ON THE TRIGGER IS A WAY TO MEASURE LENGTH-OF-PULL.
This has to be my all-time favorite shotgun myth and I have no idea where it started or why it is still around. This would work only if that is the way a person actually shoots a shotgun, and I’ve never seen anyone who does.

Length-of-Pull is only measured with the shooting arm extended in the manner that it would be when actually shooting the shotgun when it is mounted to the cheek and shoulder. It is critically important that a shotgun fit the shooter. Checking the proper measurements for this fit are best done by a trained fitter. If you find a professional fitter who asks you to put the gun into the crook of your elbow, please let me know. The steaks and drinks will be on me.

These are only four of the many myths that have grown up around bird hunting with shotguns. Other examples will occur to you.

If you are serious about your bird hunting and want to increase your ratio of birds collected in relation to the number of shots fired, you will avoid these and other shotgunning myths. Educate yourself, get some professional training, and study how the Big Boys do it.

This entry was posted in Hunting, Shotguns, Training and tagged 12 gauge, myths, shotgun. Bookmark the permalink.