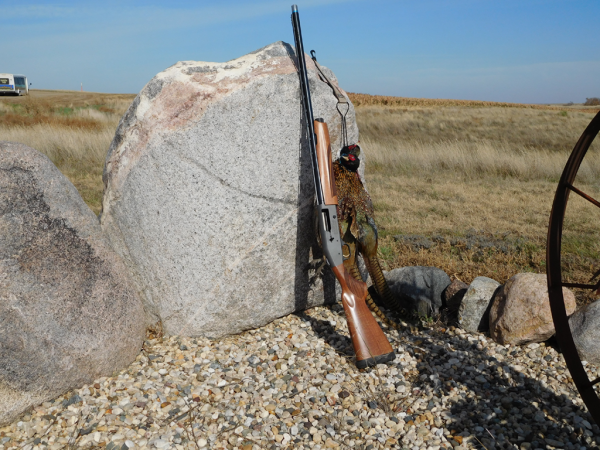 Folks, Mossberg has come out with another dandy shotgun, the Mossberg 930 Sporting 12 gauge. They collaborated with famed shotgunning instructor Gil Ash to design a shotgun that is at home on the sporting clays course as well as in the hunting field.

The stock is a semi-gloss-finished walnut stock that Ash designed to fit the majority of shooters. It uses Mossberg’s Stock Drop System that utilizes drop-at-comb adjustment shims. In addition, the forend has been given a more slim contour and laser stipling for a more positive grip.

Recently, we had a chance to do some pheasant hunting with the Mossberg 930 Sporting shotgun at ScatterGun Lodge, near Pierre, South Dakota. In three days, we saw a lot of birds and put a good deal of shot in the air. The gun that I was using functioned flawlessly. Frankly, I am not a big autoloader fan but I have to say that this gun shot where I looked. And it has one of the nicest triggers that I have ever encountered on an out-of-the-box shotgun. Being a left-handed shooter, I also appreciated the fact that the safety is on the tang and is as readily available to a lefty as it is to those other folks.

I don’t have the exact prices, but I suspect the gun has an MSRP of just under $1,000. You can expect to find them on the street in the neighborhood of $800.

I really like to test a shotgun on live birds in the field. And I have to say that the Mossberg 930 Sporting Shotgun passed that test with flying colors.

Help Me Out, Will You?
A Misconception
The Handy Carbine

This entry was posted in Guns, Shotguns and tagged 12 gauge, mossberg, skeet. Bookmark the permalink.