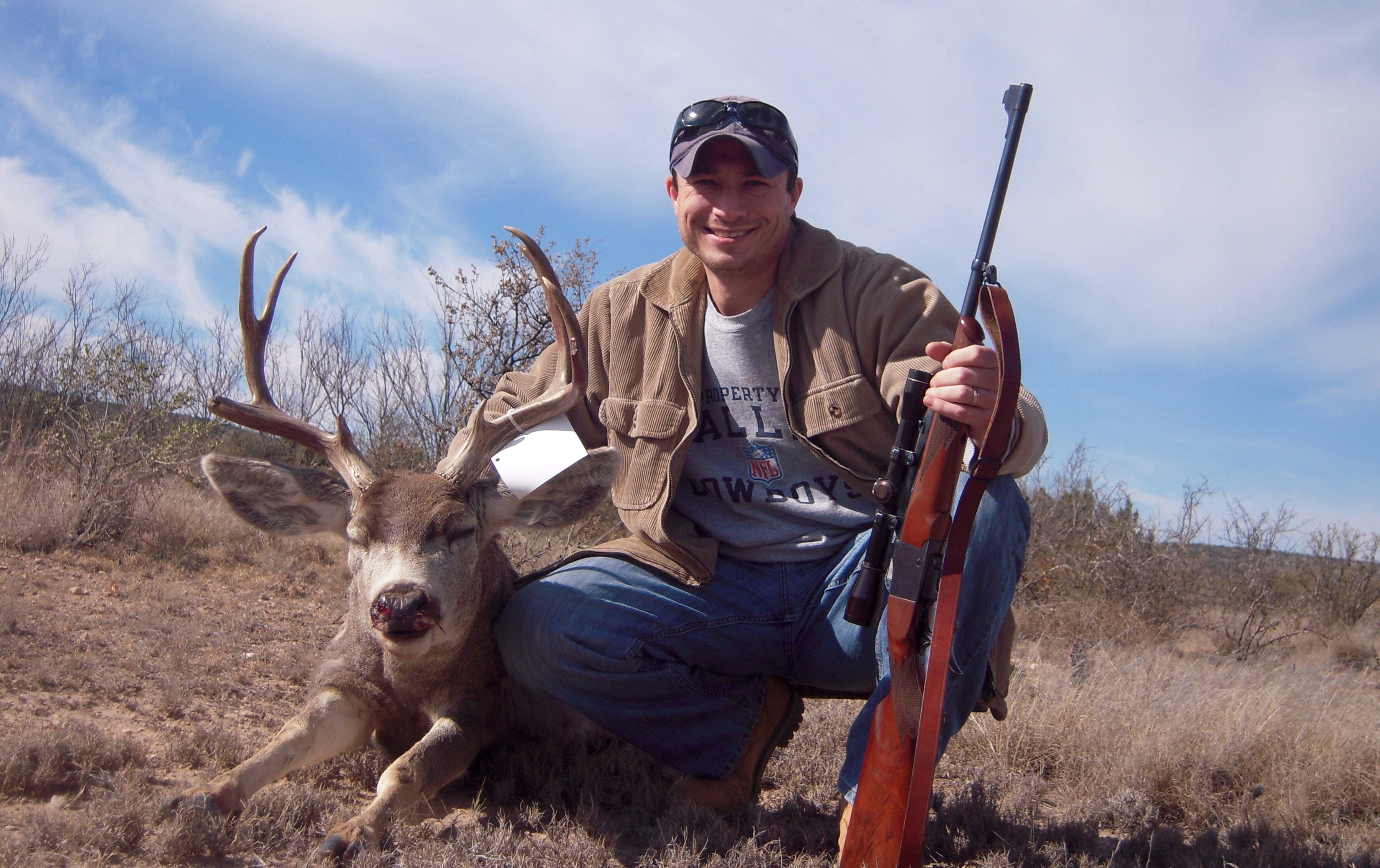 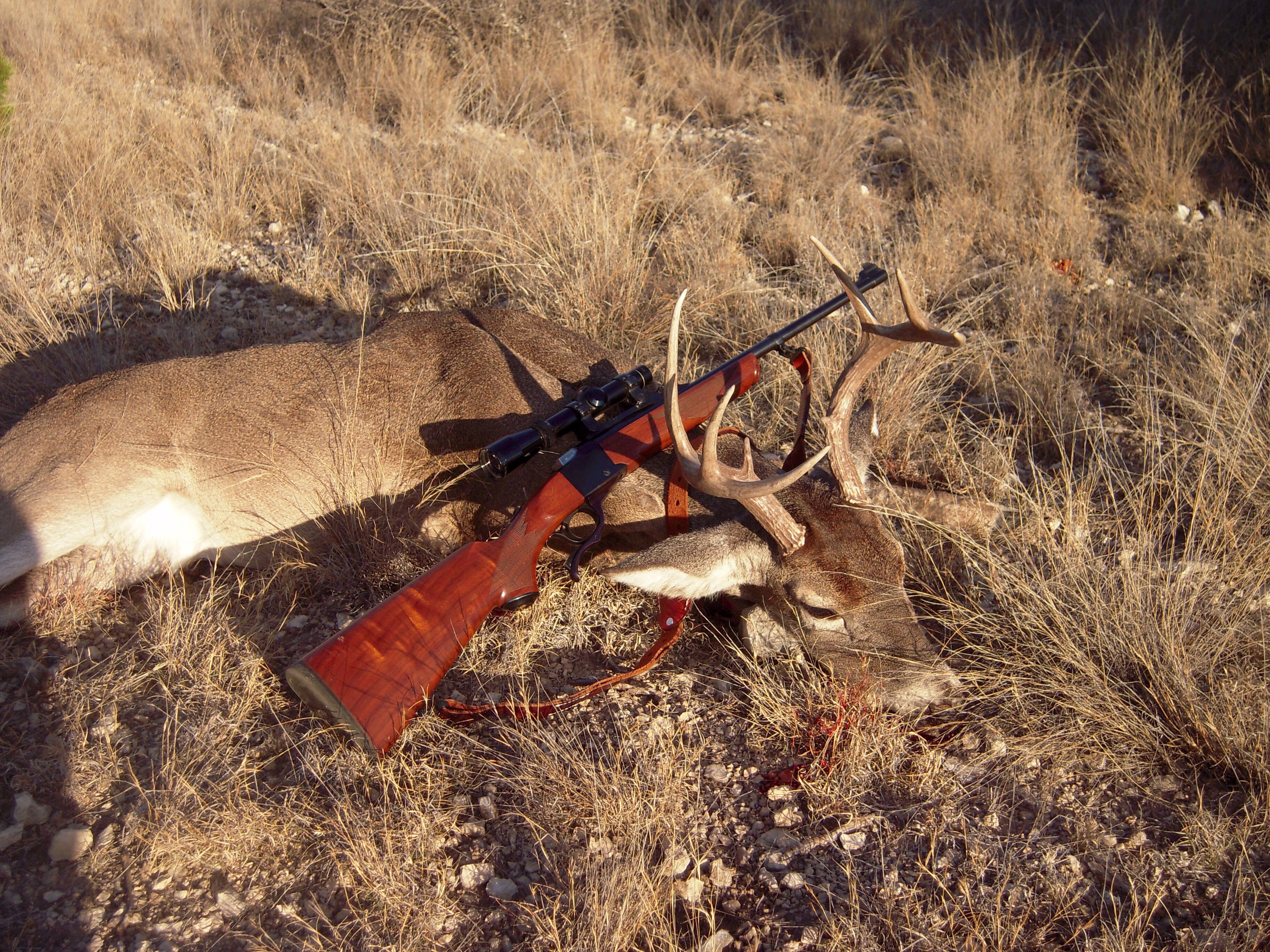 The single-shot rifle was the weapon of choice in the early days of our frontier. In addition, even after the advent of cartridge-firing repeating rifles, the single shot was popular among European and African hunters. It was often referred to as a “stalking rifle.” That, then, is the tradition that continued in the great #1 single shot from Ruger.

I got my first Ruger (a #1A in .270) back in the 1970’s. I regret that I never kept any records of the game taken with it but, suffice it to say, it was a lot. My son, Ryan, shot his first deer with that gun. When he graduated from high school with very good grades, I decided that the #1 would be a far better gift than a wrist watch, or some other foolery.In the ensuing years I have managed to acquire several more of the great rifles, all with iron sights and the schnabel fore-end. My deer rifle of choice is a Ruger #1A, in 7×57, with a Leupold 1-4x scope and a Peabody sling from Barranti Leather Company. In addition, I have a .375 H&H and a .45/70. If you think I am stuck on the Ruger #1, you are beginning to get the picture.

Recently, Ryan joined me on a hunt just west of the Pecos River in Terrell County, Texas. Ryan used his .270 to take a 7-year old 9-point mule deer (one shot at about 70 yards). That old bruiser went four feet after he was hit… straight down.

On the same hunt I managed to connect with a 7-point whitetail buck, using the 7×57 loaded with a 139 gr soft point. He, too, gracefully kissed the earth virtually in his tracks. This was even though I had managed to miss him completely with the first shot. Distance was about 100 yards.

The ranch that I hunt on is participating in the Texas Managed Lands Deer Program (MLD) and both bucks were considered to be management bucks. This is one of the great things about hunting in Texas. The state allows land owners to participate in the MLD if their property is located in areas with heavy deer population. Extended hunting seasons and extended bag limits are just a couple of the benefits of getting involved in this great program and do a lot to help balance the deer herds.

Meanwhile, I also saw a really nice 10-point whitetail buck and I just believe I’ll go back to the ranch this weekend and see if I can’t collect him. Did I mention how much I love hunting in Texas?

Upland Tips Learned the Hard Way
Out of the Morning Fog
What's Best for Home Defense – Handgun, Shotgun, or Rifle?

2 Responses to The American Stalking Rifle & The Texas MLD Program