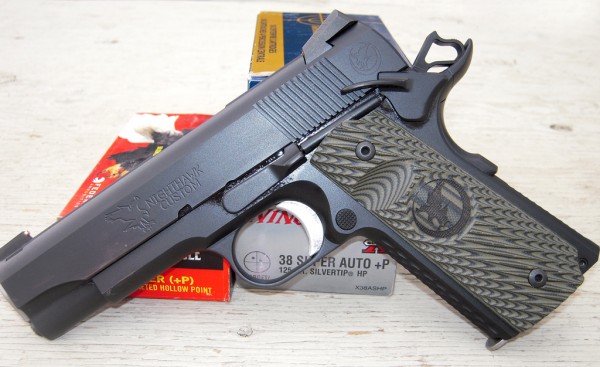 I was a guest of Nighthawk Custom at the recent NRA Annual Meeting in Nashville. It is no secret that I am a fan of the Nighthawk 1911 and I have one in .38 Super that is as fine a 1911 pistol as I have ever owned or shot. However, shooters—especially new shooters—often ask why anyone really needs to go to the expense of obtaining a custom-made gun. Let me see if I can explain the reasoning behind the things that motivate me to shoot and rely on custom guns.

To begin with, one needs to understand that taking a Chinese-made 1911 and sticking some flashy looking doo-dads on it does not constitute a real custom gun, regardless of what the manufacturer claims. A truly custom handgun—any handgun, not just the 1911—is built from only the best parts and those parts are hand-fitted. Quality parts and hand fitting costs money. What you get for your money is an accurate, reliable pistol that will last virtually forever.

It is important to remember that every time we fire a handgun there is a violent explosion inside that gun. And, when that explosion occurs, the parts of the gun are slammed against each other. Poorly made, or weak, parts won’t last nearly as long when they are poorly fitted or sloppily fitted. So, when I consider a custom gun, it is what is inside the gun that interests me the most… not what the outside looks like.

Not to be unkind, but people who claim that a Chinese-made 1911 is just as reliable as a truly custom 1911 are really telling you that they don’t know nearly as much about guns as they ought to. They have simply not reached the level as a shooter where they can appreciate something that is built right. It would be about like me contemplating a high-performance sports car when, in truth, I have a pickup truck mentality.

Just like most everyone else, the majority of the guns that I own are moderately-priced pieces. Nothing wrong with that for most hunting and shooting applications. However, when my life is at stake I want the best, most dependable firearm that I can get my hands on. I want a gun that will run when I need it to run and one that will last. And that is not being elitist… it’s just being practical.

274 Responses to Custom Guns: Why?