It Pays to Keep Your Mouth Shut 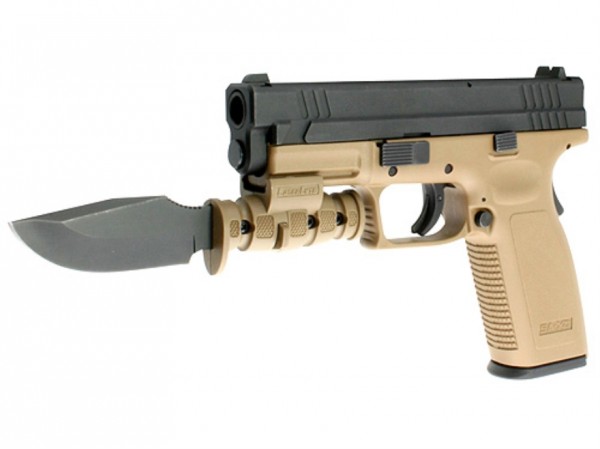 Over the years, I have enjoyed consulting with firearms companies and helping them to design new guns, or variations of existing guns. Without going into details, a few of these have been quite successful ventures. However, there have been other times when I really should have just kept my mouth shut.

Some years ago, at a gunwriters gathering, I found myself sitting through a presentation that about bored me to tears. The company reps were touting their new defensive handgun as being the best thing since zippers for pants were invented. In truth, the pistol was clubby feeling, too big for caliber, and had poorly located controls. Oh, the company reps were nice enough guys, they just had a clunker that they were trying to impress us with. At the end of their presentation, someone asked me what I thought about the pistol. I replied (in a voice that should not have been quite so loud), “All the damn thing needs is a bayonet!”

The next year, the same guys were there to represent the same company. Their leader proudly informed us, “Just to let you know that we listen to you guys in the media….” And he held up the pistol with a bayonet attached!

At another gunwriters gathering I was pleased to get to visit with my good friend Bob Morrison, who was then the head man at Taurus. At one point Bob asked me to come take a look at a prototype handgun that Taurus was considering putting on the market. It was a rather large revolver that was chambered for .45 Colt and would also shoot a 2 3/4” .410 shell. They were going to call it The Judge.

I told Bob that the gun was too big and unwieldy to ever make it as a defensive handgun. I also told him that, as anyone could plainly see, it would never catch on with the shooting public. In short, the damn thing just wasn’t going to sell and I was certain sure of that.

In summation, I suppose it is a very good thing that I don’t try to make a living as a firearms consultant.

Not-So-Common Sense
Defense Holster Checklist
Skeeter Skelton, You Like to Got Me in Trouble

This entry was posted in Gear, Guns, Revolvers and tagged .410, .45 colt, home defense, S&W, smith and wesson, Taurus, The Judge. Bookmark the permalink.

112 Responses to It Pays to Keep Your Mouth Shut