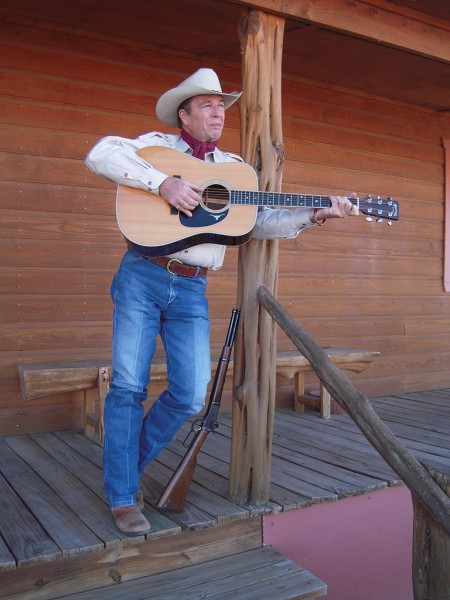 Just about every performer has some stories that we call “Gigs From Hell”, events that went so wrong that you just shake your head and wonder why you didn’t take up some other sort of endeavor. I’ve been fortunate, over the years, to have had only a few such negative experiences. But here’s one that still sticks in my memory.

Donnie and I had been booked to play during rodeo week in a small Oregon town. In order to help defray our travel expenses, we did our best to book a number of house concerts, going and coming. Now, house concerts are just what they sound like. You arrange to play a concert in someone’s home and they invite all of their friends to the event. Ahead of time, you agree on how much each person will be charged at the door, with the host’s immediate family being excepted. The concert usually runs about an hour, with refreshments before or after, and time for everyone to visit. When done right, house concerts provide a very warm, personal opportunity to interact with performers and enjoy their music.

On this particular tour, our very last house concert was at a home in one of the larger western cities. Just after we pulled into the driveway, the woman’s husband came home and wanted to know who the hell we were and what were we doing on his property. In police work we call this a clue; a clue that things might not be going to turn out like we had expected them to.

Once we got the husband straightened out, the guests started arriving. I noticed that quite a number of them had brought musical instruments, but didn’t think much of it as house concerts often turn into jam sessions after the concert is over. It turned out that our host had told her friends that they could get in to the concert for free if they brought their instruments and did a little jamming later in the evening. Then, instead of taking the money at the door, our host just put out a large bowl and told everyone that they ought to kick in some money, with no mention of the actual amount that we had previously agreed upon.

Things were going downhill very fast. At least half of the audience had gotten in for free. And the other half was only dropping tip money in the bowl. We’d be lucky to afford a Big Mac with what we were fixing to make for all of our effort.

Just before we were to start playing, our host asked everyone to form a big circle and hold hands. She then proceeded to have everyone introduce themselves. In a not-so-quiet voice, I leaned over to Donnie and said, “If the bitch wants us to sing Kumbaya, I’m outa here!”

81 Responses to Gigs From Hell