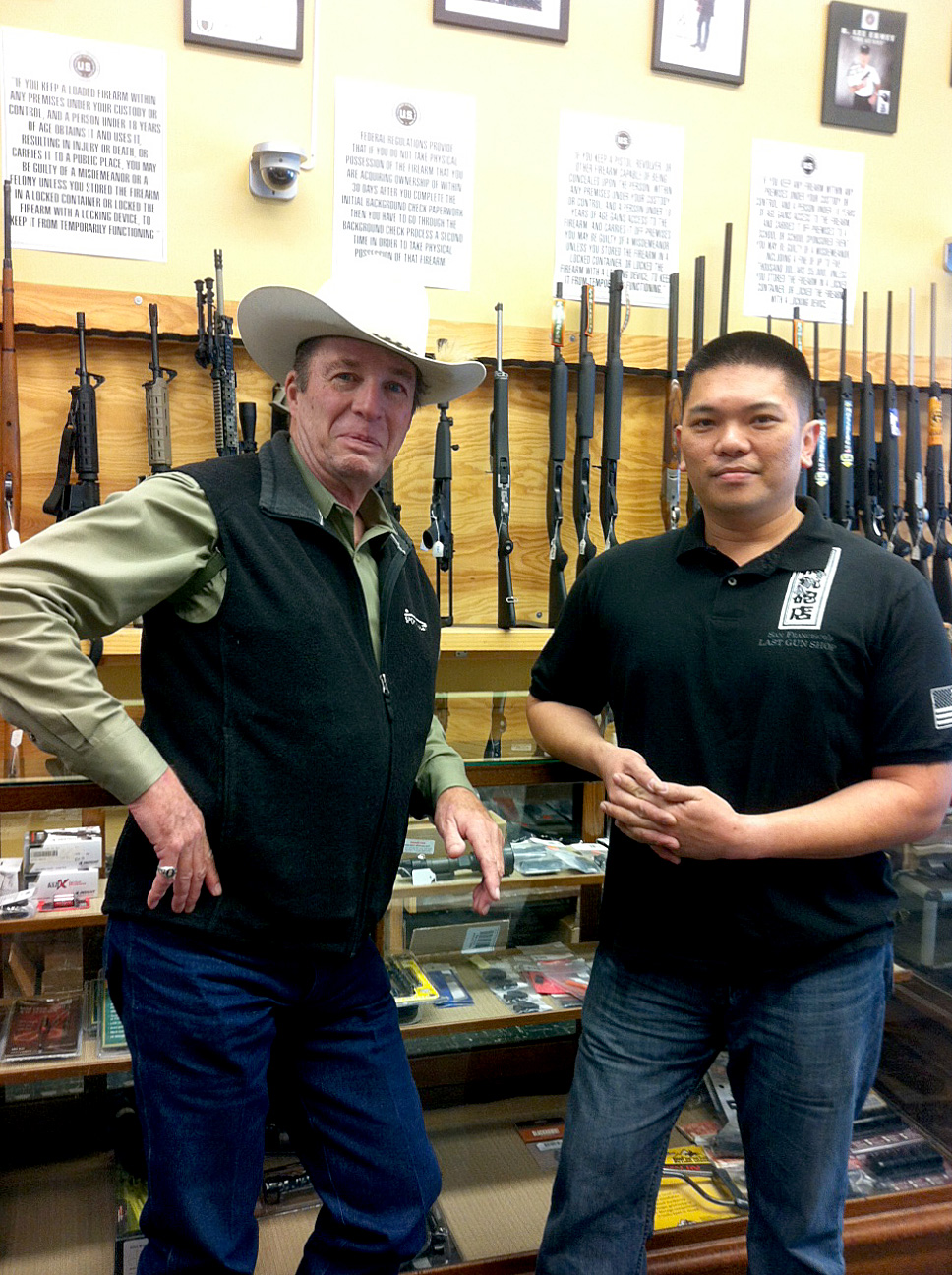 A few days ago, I had a chance to visit the good folks at San Francisco’s last gun shop. I had a nice visit with general manager Steven Alcairo and his staff and learned some interesting San Francisco history, too.

The gun shop was opened by Bob Chow in the mid-1950’s. Chow was an Olympic shooter and world renowned pistolsmith. To my knowledge, Chow was the first one to attach a Colt Python barrel to a Smith & Wesson revolver, creating the Smython that was quite popular with such sixgunners as Bill Jordan and Jimmy Clark. Of course, Chow was best known for tuning the 1911 pistol and he built them up for competition shooters and lawmen alike.

About 1988, Andy Takahashi bought the store and has run it ever since, but not without some major hurdles that have been placed in his way. A few years ago some of the store’s permits were set to expire and the San Francisco zoning commission simply stalled and wouldn’t renew them. A number of groups in the city joined in the controversy, some for and some against the renewal of the permits. One of the citizens who was most against having any sort of gun shop in the city even told Steven Alcairo that they ought to move to Texas. That’s the reason that, today, you will see a Texas flag hanging from the ceiling of the shop.

Needless to say, Mr. Takahashi and Alcairo were able to get the permits issued and the store continued operation. I have to say that it is an amazing and brave thing to operate a gun store in what is one of the most anti-gun cities in America.

Today, you will find High Bridge Arms located, as it has always been, at 3185 Mission Street, right in the heart of San Francisco. The staff is very knowledgeable and friendly and you can bet that the Second Amendment is spoken loud and clear at High Bridge Arms. These folks are brave Americans who deserve our encouragement and support. So stop by High Bridge Arms whenever you are in San Francisco or drop them a line of encouragement at www.highbridgearms.com. An American tradition is alive and well in the City By The Bay.

Custom Guns: Why?
Personal Defense: Doing It On a Budget
This 'n' That