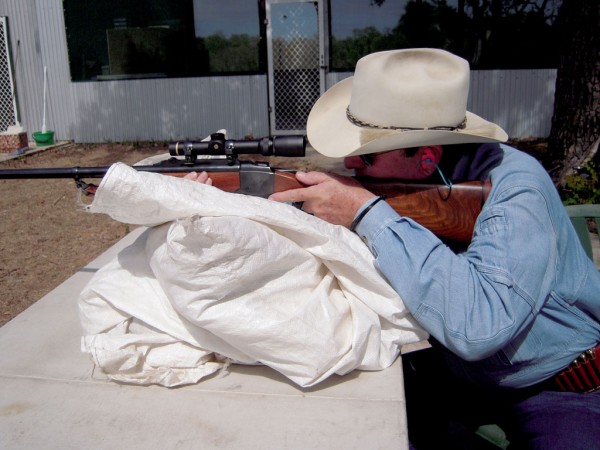 A couple of years ago, I joined a group of hunters just after they had arrived at their hunting camp. When I got there, they were all down at the range sighting in their rifles. They had just mounted scopes on these rifles and were trying to sight them in at 200 yards. Bullets were going everywhere, nobody knew exactly where, and everyone was getting worn out hiking that 200 yards to see if they were even on the paper. A lot of ammo was wasted that afternoon and, frankly, I’m not sure that they ever got some of those rifles zeroed. Their successful shots at game were few and far between.

It is a much easier task to sight in the average hunting rifle at 25 yards. It takes way less time, ammunition, and frustration. Simply sight the rifle to hit dead-on at 25 yards. Depending upon your caliber, bullet weight, and velocity, you will be 1-3 inches high at 100 yards and about back to zero at 200 yards.

But, for goodness sakes, don’t just sight in at 25 yards and call it good. You’ve got to shoot the rifle at 100, and farther, to make the minute adjustments for windage and elevation in your particular rifle with your particular load.

One can generally get sighted dead-on at 25 yards with 10 rounds, or less. Use the other 10 rounds in the box to check yourself out at 100 to 200 yards and you are good to go. Don’t be afraid to make minor adjustments that will allow you to meet your specific hunting needs, but make them judiciously. And you can be happy that you’ve got your hunting rifle ready for the season by only shooting a box, or less, of ammo. It’s simple, easy, and almost painless.

26 Responses to Painless Sighting In