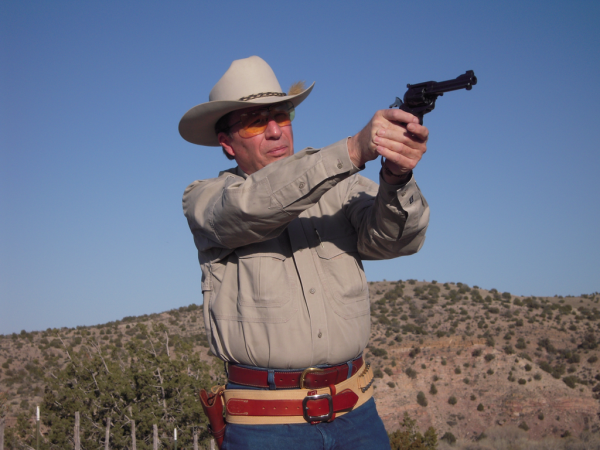 I started handgun hunting many years ago. As a young policeman I figured that handgun hunting would be a good way to improve my skills with the S&W Model 19 that I carried every day on duty. I had no idea how much it would teach me about bullet placement, bullet construction, and hunting skills.

Our deer lease had lots of whitetail deer, Rio Grande turkey, and feral hogs. I soon learned that a .357 Magnum worked quite well on turkey, but the hollowpoint bullets were too destructive and tore up too much meat. It quickly became apparent that a 158 gr hardcast bullet was just right for the chore. However, I found that the .357 was not a dependable killer of deer and it was even worse on feral hogs.

That’s really when my love affair with the .44 Special and the .44 Magnum came about. A heavy hardcast bullet from one of these cartridges, driven to 1000 to 1350fps, would get the job done much better. It was also more effective to place the bullet in the center of the shoulder, instead of behind the shoulder as we’d do with a high-powered rifle.

But the thing that I have enjoyed most about handgun hunting was the fact that you had to get close if you were going to properly place that handgun bullet using iron sights. Handgun hunting has taught me just about all that I know about moving quietly, using available concealment, and doping the wind. The bonus was the fact that it was a real hoot to beat a wild animal at his own game.

I have enjoyed the challenge of the stalk as much as the taking of the trophy. And handgun hunting has taught me not to be so greedy. The handgun hunter has to learn that he can’t get into effective range on every trophy animal that he sees. For that reason, I’ve had to learn to live with the fact that a trophy might get away and that I’m left with the joy of being out-of-doors and having the chance to match my wits against him.

The New Drop-In Trigger System from Nighthawk Custom
A Perfectly Delightful Cartridge
Colt: An Icon in the Firearms Industry