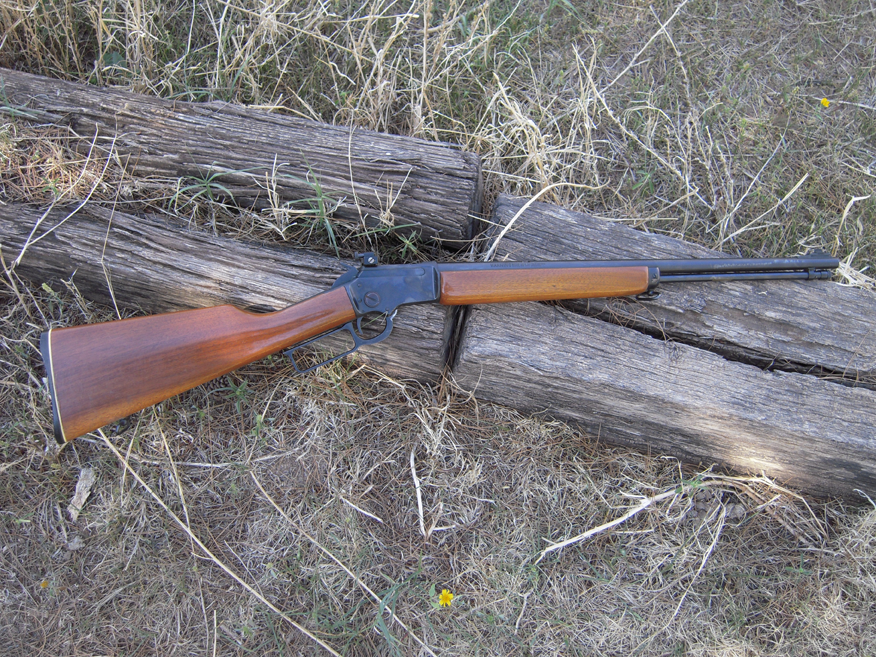 The Marlin Model 39 .22 rifle has been around for 120 years. Some authorities claim that it is the oldest and longest continuously produced shoulder firearm in the world. While that is a wonderful record, what is more important is that it is one of the finest .22 rifles that has ever been produced in America, or anywhere else, for that matter.

The Marlin .22 first saw the light of day in 1891, as, naturally, the Marlin Model 1891. This rifle was loaded through a loading gate, similar to the centerfire lever guns. Since this didn’t work too well with .22 rimfire ammo, it was redesigned so that the magazine tube was loaded from the front and called the Model 1892. The Model 1897 was similar, but had the addition of a take-down feature that continues to this day. And, in 1921 the rifle was designated the Marlin Model 39. All of these changes were so minimal that the rifle is considered to have been in continuous production since 1891.

One of the big fans of the early Marlin leveraction .22’s was Miss Annie Oakley. She regularly used the rifles in her exhibition shooting with the Buffalo Bill Wild West show and later on her own. She was once witnessed to have put 25 rounds into one ragged hole in 27 seconds, from a distance of 36 feet. Try that, sometime, just for grins.

I got my own Marlin 39, which happens to be the carbine version called the 39M, in the early 1970’s. I removed the rear sight and replaced it with a Williams receiver sight because it improved my accuracy just a bit. And, speaking of accuracy, Marlin uses Micro-Groove rifling in the Model 39. This involves numerous shallow lands and grooves which, in fact, do make the rifle surprisingly accurate.

For some time now, my Marlin 39 has been my “back door gun.” That is, it stays in the corner right by the back door and is called on to deal with rattlesnakes and any other pesky critters that come into the yard but shouldn’t.

Just the other evening, my dog started her serious “You’d better come out here and deal with this” bark. Grabbing my Marlin I stepped outside to find two javalinas trying to get through the yard fence. Not wanting to kill one, if I didn’t have to, I planted a CCI Mini-Mag hollowpoint right between the nearest javalina’s front feet. I’ve never seen a javalina jump so high and when he came down, he was pointing the other way. Exit stage left, quickly!

When I was a kid I figured that the Marlin 39 was what a Texas kid’s .22 ought to look like. Thanks to Marlin, it also proved to be a worthy companion. I’ve got mine and you’ll just have to find your own; this one’s not for sale.

3 Responses to The Magnificent Marlin