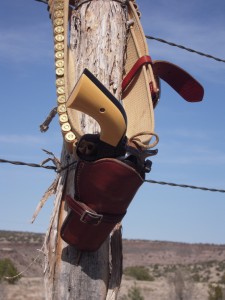 The .44 Special cartridge is the result of cartridge evolution initiated by Smith & Wesson. It actually began with the .44 Russian cartridge, which drove a 246 gr. Bullet at about 750fps. Smith & Wesson wanted to develop a similar cartridge that would make use of the relatively new smokeless powder, which seemed to be the wave of the future. Accordingly, S&W lengthened the .44 Russian cartridge, slightly, and began calling it the .44 Smith & Wesson Special. The .44 Special, as we know it today, was first introduced in 1907.

Sadly, Smith & Wesson did not see fit to improve the performance of this new cartridge, retaining the same 246 gr. Bullet and driving it at 750fps. We’ll never really know why this happened because the cartridge is capable of handling much higher pressures and velocities. It wasn’t long before a loose-knit organization, called The .44 Associates, began to circulate a newsletter, sharing improved handloads for the .44 Special.

Gun writer Elmer Keith had been working primarily with the .45 Colt cartridge, however he decided to see just what this .44 Special was capable of. Keith designed the great SWC bullet that came to be known as the Lyman #429421, and generally weighed in at 250 grains. Using N-frame Smith & Wesson revolvers as the test vehicle, Keith soon settled on a handload that sped this hard-cast bullet along at some 1250fps. Mr. Keith really did not come up with the idea of a .44 Magnum. He was just trying to get the ammo companies to manufacture a .44 Special factory load that would duplicate his handloads.

The ammo companies, however, were really worried about what would happen to some of the older handguns with this new high-pressure .44 load. Accordingly, they decided to lengthen the cartridge, once again, and manufacture a new revolver that would handle it. In this manner, through the cooperation between Remington and Smith & Wesson, the .44 Magnum was born. Rightfully so, they gave Elmer Keith credit for the idea and saw to it that one of the first .44 Magnum revolvers was presented to him.

While small-frame .44 Special revolvers should only be used with appropriate factory ammunition, the Colt Single Action, the Ruger Blackhawk, and N-frame Smith & Wesson revolvers can all handle more velocity and pressure, thus increasing their performance and usefulness.

RCBS offers their #250K mold, which is a pretty darned faithful rendering of Mr. Keith’s original bullet. This is my favorite in .44 Special. And the old cartridge really shines when you drive that bullet to 900-950fps in the appropriate revolvers. Unique and Hodgdon’s Universal Clays are the powders to use in this regard.

Fortunately, for those who don’t handload, you can find .44 Special ammunition in this performance range from DoubleTap Ammunition and Buffalo Bore Ammunition, to name a few.

The .44 Special, with a 250 grain hard-cast bullet at 950fps, is generally quite accurate in all decent revolvers. In addition, it works quite well as a personal defense load and general outdoor load. I’ve matched it against whitetail deer, mule deer, and feral hogs, with great results. I’ve taken my share of Rio Grande turkey, javalina, and coyotes, with it, too.

9 Responses to Classic Cartridges: The .44 Special