My disillusionment with the police riot shotgun came to a head some years ago during the apprehension of a felony suspect. The bad guy was hit with a load of 00 buck. He did not go down. He did not even seem too uncomfortable about the whole affair. And finally, his injuries from the shotgun blast were not very serious. I quickly became very unimpressed with riot guns. 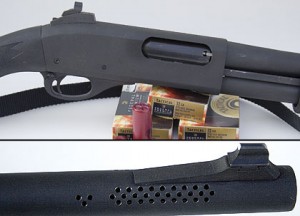 Now, you have to understand that back in those days, our shotguns were part of the equipment that stayed in the squad cars. You had to continually check to see if the gun was loaded or if there were extra shells in the car. And the buckshot loads we were issued were not purchased because they were the most powerful or gave the best patterns. That shotgun ammunition was selected because it was the cheapest ammo the city could buy.