5 Handling Tips for a Home-Defense Shotgun 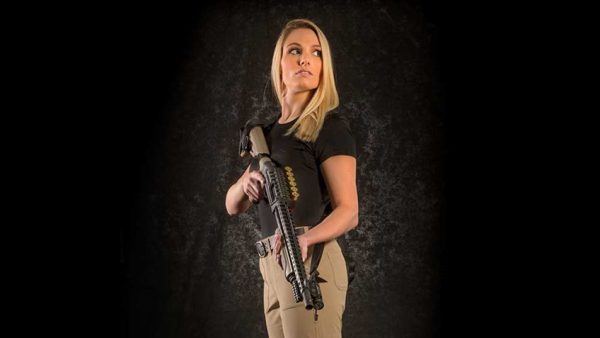 This article ran originally in the December 2016 issue of Shooting Illustrated as “Managing the Defensive Shotgun.”

There is no doubt that the shotgun is an excellent defensive tool, generally stopping close-range fights with a certainty no handgun ever possessed. Moreover, in the hands of a determined individual, the presence of a shotgun has often kept fights from starting in the first place. Here are a few tips, in no particular order, that will help individuals make their shotgun an even more effective defensive tool.

No. 1: Ditch the Pistol Grip
I have never been a fan of using just a pistol grip on a short shotgun. While they may look mean, I find it very difficult to make effective hits at the ranges in which a shotgun is otherwise useful. My opinion has proven true while watching people attempt to deploy a shotgun with only a pistol grip on the nether end. Further, a shotgun thus equipped makes accurate shooting with slugs virtually impossible at extended ranges. While the popular M4-style tubular buttstock has advantages over the pistol grip, I find that most people do their best work with a conventional buttstock of either wood or synthetic material.

No. 2: Trim the Buttstock
The modern defensive stance of standing squared toward the target is a good one regardless of whether the shooter is armed with a handgun, rifle or a shotgun. However, when using a shotgun with this effective stance (or any long gun, for that matter) the shooter will often discover the buttstock is too long. As such, I generally have the stock of my shotgun—or rifle—shortened at least 1 inch, and sometimes more depending upon a particular gun’s length-of-pull. One word of caution, you’ll find that the old technique of placing the butt of a shotgun’s stock in the bend of the elbow to check the length to the trigger only has value if that is the way you shoot the gun which, of course, nobody does.

No. 3: Have Reloads Ready
Research shows that fights in which citizens are involved are most often resolved with the ammunition in the firearm. This works, except when it doesn’t. Therefore, it stands to reason that one of the shotgun’s primary criticisms pertains to its limited capacity. When deploying a shotgun, it is a very good idea to reload what you shoot whenever you can. Some folks resolve this by adding an extended magazine to their gun. While this is a fine solution, it tends to make a heavy firearm even heavier.

Possibly a better solution is to have a carrier for extra ammunition attached to the shotgun. This may be in the form of shell loops attached to the side of the gun’s receiver, loops on the buttstock, or utilizing a sling that incorporates loops extra ammo. Of the three, I find the sling with loops for spare shells the least desirable because it is most difficult to load from quickly. Action- or butt-mounted loops generally facilitate much quicker use. Of course, whichever method the shooter chooses, frequent practice is imperative for a quick reload.

No. 4: Practice “Low-Ready” Carry
The defensive shooter may also find it difficult to effectively deploy his or her shotgun in close quarters, such as responding to a home invasion. When moving through doorways and around corners, it is extremely easy to let a shotgun’s barrel extend beyond cover and subsequently give away your location. To avoid this, your scattergun must be kept in close to the body. Some shooters will use the muzzle-up or “port arms” position while moving in close quarters. However, a better position is probably “low-ready carry” where the gun butt is in the shoulder pocket and the muzzle is pointed at the ground not too far in front of your feet. The value of this position is that, should you be surprised by a criminal while rounding a corner and he grabs your shotgun, you simply start shooting. The crook, even the really dumb ones, will soon remember that he has feet, shins and kneecaps down there and will generally let go of your gun very quickly.

No. 5: Don’t Rely on the “Slide-Racking” Scare
Finally, we need to dispel the myth that crooks will run for their lives when they hear you rack the slide of your pump-action shotgun. While this may have actually happened upon occasion, it is not something that can, or should, be relied upon. First, the crook may not recognize that sound. Second, he or she may be high on drugs or booze and simply not care. Finally, by racking the action you have given away your position when that may not have been your intention or to your benefit.

The best move is to make your shotgun ready the moment that you suspect you may have to use it. I leave my shotguns with the magazines loaded, but the chamber empty. At the first inkling of trouble, I chamber a round and add another round to the magazine to replace the one in that is now in the chamber. The whole business of racking a slide to scare the crook is part and parcel of thinking of the defensive firearm as some sort of magic wand. It is not.

Since the days of our American frontier, the shotgun has proven itself to be a very effective defensive tool. At the ranges that most gunfights occur, it will deliver an entire load of buckshot to the vital zone of an attacker. I’ve seen the results of this on several occasions and can testify it is nearly always a fight-stopper.

Just as with any other defensive firearm, the armed citizen must take the time to equip the shotgun to his or her best advantage and practice running the gun and reloading it. Give serious thought as to how it will fit into your overall personal defense plan. With this approach, you will find the shotgun is a handy tool to have if/when you find yourself in a potentially life-threatening encounter.

2 Responses to 5 Handling Tips for a Home-Defense Shotgun