This Is Why You Always Need an Exit Plan 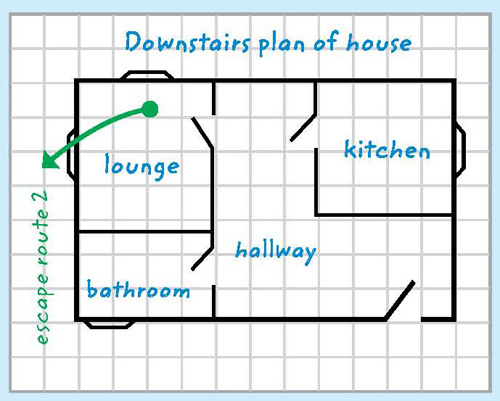 We’ve all heard the story of how Wild Bill Hickok died in that Deadwood saloon. One of the players in a poker game wouldn’t change places with Hickok so that he could sit with his back to the wall. Subsequently, Jack McCall took advantage of this and shot Hickok in the back of the head.

Having your back to the wall in a public place is not really a bad idea at all. Another strategy that is equally important is to position yourself close to an exit. When trouble starts, being close to an exit, especially if you cannot be armed, is always an excellent idea.

Our awareness plan should go something like this: When we enter a public place, we first scan it for any obvious trouble. Next, even though we have not seen anything alarming, we look around for objects that would be handy to use for cover. Third, we locate the various exits and try to position ourselves close to one of them. In time, these things become a natural part of our defensive observation and can be accomplished rather quickly.

I recall the first time that I attended SHOT Show and my first media breakfast. As you might imagine, I hardly knew anyone in the room. Without thinking, I got myself a cup of coffee and walked over to put my back against the wall, near an exit door. Walt Rausch walked over, introduced himself, and said, “I don’t know who you are, but you are some kind of cop.” No blazing gunfights that morning, but I did make a good friend.

Today, we don’t have any idea what kind of meanness will occur in the public places that we frequent. But it is safe to say that bad things seem to be happening more often, especially where large groups of people are gathered. The simple precautions that I have mentioned will go a long way to keep you from being one of those that turn up on the 10 o’clock news lying on a gurney.

Regardless of what might be happening in a public place, your first job is to ensure the safety of yourself and those with you. This may or may not involve the use of a firearm. It will most assuredly involve getting away to a place of safety. When you know where the exits are and are close to one, your job becomes much easier. Your defensive firearm becomes your exit ticket should a bad guy block your exit.

Make locating the various exits in a public place part of your personal defense plan. You won’t ever regret that you did.

5 Handling Tips for a Home-Defense Shotgun
You Have the Right to Remain Silent
Handgun Customization: What Do You Really Need?