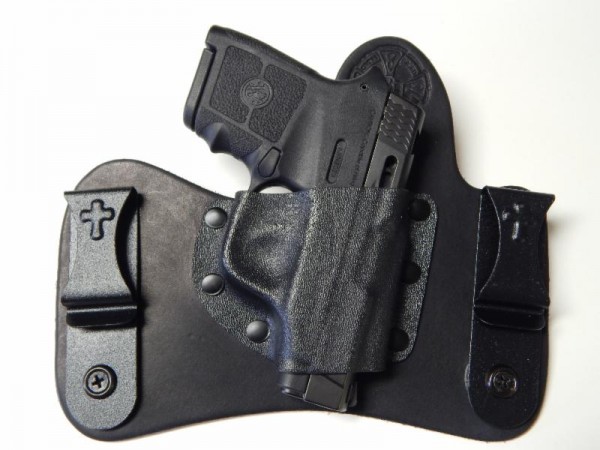 I don’t know how many times that I’ve heard people say that they don’t wear their concealed-carry gun all of the time. They only have it for when they might need it. Right along with that statement is the one by some folks who say they have a small handgun for carrying when they are making quick trips to the store or some other short errand. I wish that these folks would take a more realistic look at their personal-defense plan.

Furthermore, if you did have enough advance notice, you wouldn’t go and get a handgun. A rifle or shotgun is much more effective as a fight stopper. Even smarter folks would just take the advanced notice as time to simply get completely away from the threat.

Handguns are not really good choices where fighting tools are concerned. They lack power when compared to rifles and shotguns. They are also difficult to shoot accurately. In truth, their only value as defensive tools is that they are easy to carry and conceal. And that value is completely negated if the gun is at home because you didn’t think you would need it today. Col. Jeff Cooper once wrote in a Gunsite Academy newsletter, “If you are reading this and can’t put your hand on your defensive firearm, your tuition and training have been wasted.”

The guy who says he will just take a little concealed-carry gun because it is a quick trip is probably also the guy who doesn’t wear his seat belt because he is only making a quick trip. What guarantee does he have that his friendly convenience store is not being robbed when he walks through the door? And, what does a quick trip have to do with the amount of criminal violence one might be about to face? The truth is that quick trips will get you killed just as dead as if you were on a long trip of some kind.

I used to think that these kind of folks were just playing at personal defense. And, while a few may be, I have come to generally change that opinion. I think that a lot of this sort of faulty thinking is the result of simply not thinking. These folks have not made any sort of study about the kind of violence that they might be faced with, and they certainly haven’t bothered to make a personal-defense plan.

Criminal attacks can come when we least expect them, and it is important for people to realize that. We can’t control when an attack will happen, but we can have control over our preparedness. When that attack does occur, it is up to you to help the crook realize that his action is the worst mistake he has ever made.

So, if you have gone to the trouble to get a concealed-carry license and additional training, by all means, wear that concealed-carry handgun. Oh, and hook that seat belt up while you are at it. You’ll be glad that you did.