Should You Carry a Backup Gun? 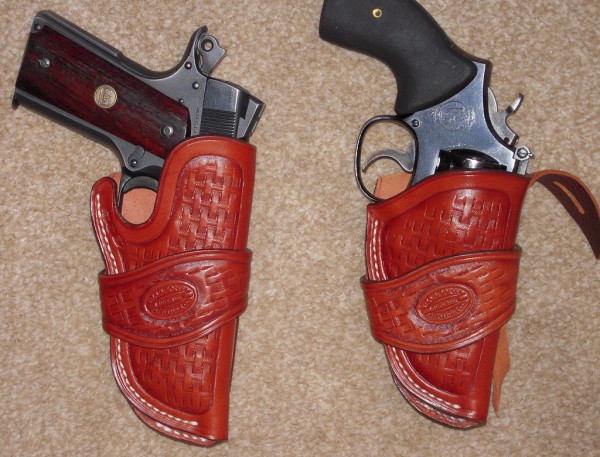 Several people that I know regularly carry two defensive handguns, a primary defensive arm and a backup gun. Does that sound kind of paranoid? Well, maybe it is and maybe it isn’t. Let’s look at some of the reasons for carrying two guns and then you can decide for yourself.

First, it’s important to recognize that in some areas, it is not legal to carry multiple handguns for personal defense. Check your state and local laws before incorporating a backup gun into your concealed-carry kit.

Even though a person acquires the best quality handgun for personal defense that he can possibly afford, Murphy reminds us that things can always go wrong. In the middle of a fight, the handgun might malfunction and, though we can learn to clear malfunctions, it takes precious time to do so. It is also possible that a critical part might break, making the gun useless until it is repaired by a gunsmith. This is a prime example of when a backup gun might be needed.

It is also possible that a person might run out of ammo. And, while a person should learn to perform a speedload with his chosen defense gun, reloading might not be nearly as fast as simply drawing a backup gun. I think it was Jim Cirillo who referred to that as “The New York Reload”, though given the history and tradition of my area, I would prefer to call it a Texas Reload.

There might also be external reasons that a person would strap on extra hardware. You might run a business that is highly susceptible to armed robbery; liquor stores, convenience stores, and jewelry stores come to mind. In addition, your work, or unavoidable circumstances, may force you to go into a high-crime part of a city even though you would rather not.

And then there are those occasions when a person is involved in an ongoing difficulty, or feud. It could be a business disagreement, a neighborhood fuss, or the like. Serious threats have been made towards you and that is when, among other things, you find out that law enforcement can do very little about it. One thing is for sure, the police will probably not be able to provide you with 24-hour security.

These are but a few of the instances when carrying a backup gun might be well advised. Other examples will undoubtedly occur to you.

In these cases, some people choose a second gun that is smaller than their regular carry gun. They may strap it to an ankle, drop it in a pocket, or some other deep-concealment carry method. Again, you can think of examples where this sort of carry might be advantageous.

Others choose to carry a backup gun that is exactly like their primary handgun. The theory being that, in the middle of the fight, they don’t have to stop and think how this particular gun works. It works just like the one that they carry every day. When I was a peace officer, I often carried a second 1911 for just this reason. I didn’t wear the second gun every day, but put it on when making raids, some felony arrests, and on manhunts after dangerous individuals.

Whatever second gun a person chooses to carry, it is a good idea if it is accessible to your support hand. Your shooting hand may be injured, or engaged in some manner, making a support-hand draw practical. One should never assume that he can simply get the second gun into play, using the support hand, without having done a good deal of practice in the presentation, however.

We can’t predict when a criminal attack will come. But we can recognize certain situations when a criminal attack is more likely to occur. Should you carry a backup gun? Since you alone are responsible for your own safety, you have to make that decision for yourself. But it is a subject that deserves consideration.

Self-Defense: Stick WIth What's Tried and True
Life with the 1911
The Heinie Lady Hawk 2.0

One Response to Should You Carry a Backup Gun?