How Much Ammo Do You Really Need for Concealed Carry? 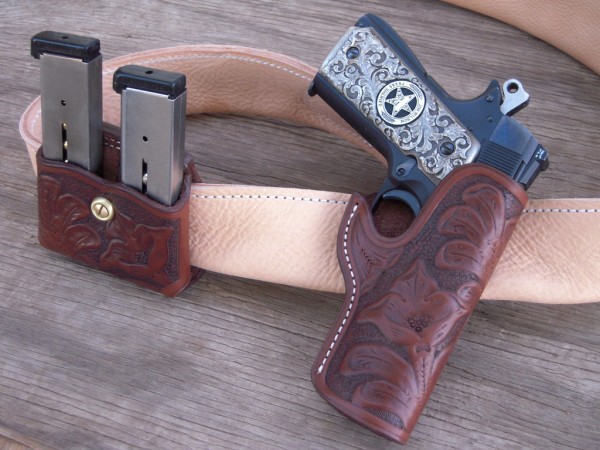 Once you have realized that you can’t predict when a criminal attack will occur and have begun to pack your concealed carry handgun all the time, it is important to address the issue of carrying extra ammunition. It is generally recommended you carry at least one reload with you. The operative phrase in that sentence is “at least.” In addition to providing spare ammo, carrying extra magazines gives a backup option in case of equipment-related malfunction.

When I carry my 1911, I have two spare magazines in a double mag pouch. Counting what’s in the pistol, that’s a total of 22 rounds. When packing a double-action revolver, I’ve got six rounds in a dump pouch and another six rounds in a speed strip, for a total of 18 rounds. A study of actual gunfights will show the vast majority of threats are stopped with amounts of ammunition within the limits I have described, but it doesn’t hurt to be prepared for any nightmare scenarios requiring more ammunition.

You undoubtedly have extra boxes of ammo at home. Why not find a way to make a better tactical use of them? Why not put that extra ammunition into your spare magazines and strategically stash a few in your car and around your house? You revolver guys should load up your speed loaders and speed strips and do the same. In all likelihood, you will probably never need the extra ammunition, but at least you can have it there for the mother of all worst-case scenarios.

In defensive handgun classes, after we teach students how to perform speed and tactical reloads, we tell them, from now on, ammunition management is up to them. How much ammo they carry and when they reload is their problem. That’s the way it works in the real world, too.

8 Responses to How Much Ammo Do You Really Need for Concealed Carry?