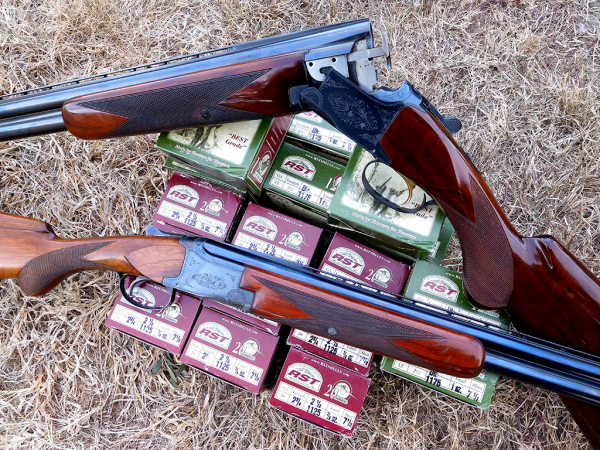 John M. Browning was truly the Master of American Firearms. He designed great pistols, great repeating rifles, and tools of war that have underscored America’s power in two world wars and countless little dust-ups around the world. It is somewhat ironic then that his very last firearm design was for a break-open, two-shot shotgun. But that is exactly what happened.

About 1922, Browning began tinkering with designs for the only break-action shotgun that he would ever design. I suppose that he saw the popularity of the over/under shotguns that were being made in Europe and England and, rightfully so, figured that over/unders would be just as popular in this country.

Browning’s patents for the Superposed shotgun were granted in the spring of 1926. And, that fall, Browning sailed for Europe to work with Fabrique Nationale, of Belgium, to create the finished product. Unfortunately, the day after Thanksgiving, John M. Browning suffered a massive heart attack and died at the FN plant.

The Browning family, led by son Val, soon formed Browning Arms Company so that they could, themselves, market the guns that Browning invented and owned the rights to. In 1931, the Browning Superposed shotgun was added to that list.

In the beginning, the Superposed came with double triggers. Interestingly, either trigger would fire both barrels in sequence. By 1939, Val Browning has designed the single-selective trigger that was a part of the Superposed ever since.

By the mid-1970’s the Belgian-made Browning Superposed was facing stiff competition from O/U shotguns that were mostly being built in Japan. During that period, Browning introduced the Japanese-made Citori O/U and shifted the majority of its manufacturing to Japan. In 1977, the Superposed became available on special order only.

The Browning Superposed shotgun is still one of the great hunting shotguns used by American bird hunters. The 12 gauge version may be a bit heavy, but it will digest all of those heavy duck loads and handle the pounding of running 100 claybirds in an afternoon at the gun club. The 20-gauge version of the Superposed is the upland hunter’s sweetheart – it is light, lively and just a delightful gun to swing on a white-wing dove or bobwhite quail. I will look forward to the day that I can fire the 28-gauge version, too.

If it had been up to me, you could have just forgot about building a .410 Superposed. A 16-gauge version would have suited me a heckuva lot better. But, believe it or not, a bunch of those gun companies don’t consult me at all before bringing out new guns.

Browning made a boodle of these fine Superposed shotguns. You can still find them in gun shops and at gun shows for prices that are very competitive with today’s latest Over & Under wonders. All you really have to do is just pick one up, mount it to your shoulder, and swing it at an imaginary target a few times, to understand why a whole bunch of us shotgunners consider it a true Classic Shotgun.

This entry was posted in Guns, History, Shotguns and tagged .410, 12 gauge, browning, citori, over & under, superposed. Bookmark the permalink.

One Response to Classic Firearms: The Browning Superposed