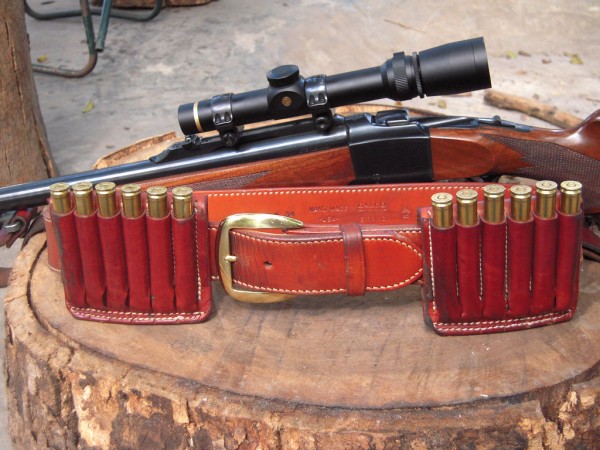 Welp, since I last wrote to you I have just about decided that there isn’t a place for me as a famous defensive shooting instructor. I went out there to that GunCite place and told them I was ready to go to work. This feller named Campbell told me that he would have to see me shoot before he could make up his mind. So I shot. Then he said I had to shoot on the range… and not in his office. After that, he just didn’t seem very friendly… so I paid him for that little ol’ bullet hole in his computer screen and left.

Like I said, he didn’t seem very friendly but I’ll have to say that ol’ boy could sure jerk a gun fast!

Anywho, I got to thinking about that stuff you and Richard Man been writin’ about hunting them caped buffalo in Mozambeek. Now that idea of being a pH sure did appeal to me. So I took off and looked up that guy Mark Haldane of Zambeasy Delta Safaris.

Mister Haldane asked me about my experience with hunting and dangerous game. I told him all about Oklahoma squirrel huntin‘ and all the rabbits I’d killed. Then I told him about some of the close calls I’d had with them boar hogs on Daddy’s pig farm. That’s when he got this big coughing fit and had to go get a glass of water. Well, it looked like water, but it smelled awfully like that stuff that Uncle Ned used to make down in the holler.

He said he’d have to see me work in the field before he could make a decision. I told him I was a whiz with a grubbin’ hoe and he started coughing again.

Anyhow, we went after some of them caped buffalo… which look an awful lot like angus cattle with an army helmet on their heads. I taken a quick shot at one and blowed part of his army helmet right off. Say! Those things can get real upset in a hurry!!!

Welp, I was dressed up like a real honest-to-god pH… you know, them little shorts and shoes with no socks. But when that caped buffalo taken offense I taken out for the tall, uncut. I mean, I headed for another time zone!!! And I ain’t never seen nothing like that brush they got in Mozambeek. In no time I wasn’t wearing them little shorts, nor the shoes! Matter of fact, I looked like I’d tried to stomp a bobcat to death and lost.

So I’m still lookin’ for an exciting job in the gun industry. Mr. Haldane won’t return my phone calls and his secretary says he’s in Switzerland on something called a 2-year sabbatical (which I hope they find a cure for ’cause he really seemed like a nice guy, if he could quit coughing).

But I’ll tell you one darn thing about them caped buffalo. That Roork fella talked about them looking like you owed them money. That don’t bother me. It’s when they look like they’re gonna collect, Right Now, that makes me nervous!

Snake Season: It's That Time of Year Again
Realistic Practice – The Key to Firearm Training
'My Way or the Highway:' The Wrong Way to Teach & Train