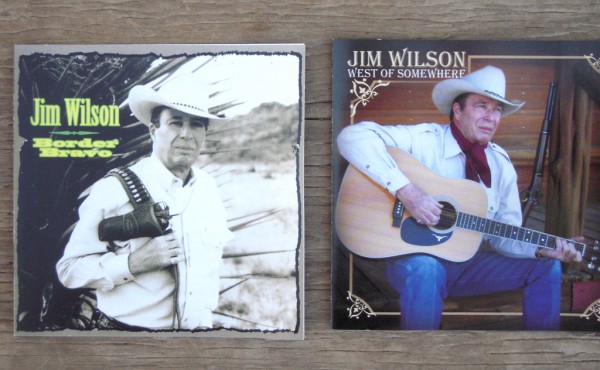 Buscadero Productions has re-issued my first album, BORDER BRAVO. We recorded this album of western songs at Lubbock, Texas, in 2002. In 2003, the album won Best Traditional Album of the Year from the Western Music Association.

The great Texas songwriter and performer, Andy Wilkinson, produced the album. And he gathered some great musicians from the Lubbock area to play on it. If you know anything about the music that comes out of the area around Lubbock, Texas, you know that these are some of the best acoustic musicians to be found anywhere in the known universe. It was a real hoot to do this project and I am so glad that it is again available for sale.

ORDERING INFORMATION: BORDER BRAVO and WEST OF SOMEWHERE are available for $17.00 each. Or, you can order two, or more, albums for $15.00 each. Just be sure to include a note with your order telling us which albums you want and also let me know if you want them signed. Send check or money order to Buscadero Productions, P.O. Box 1134, Alpine, Texas 79831.

“My music is for those folks who live on gravel roads,
or those who have always wanted to.”