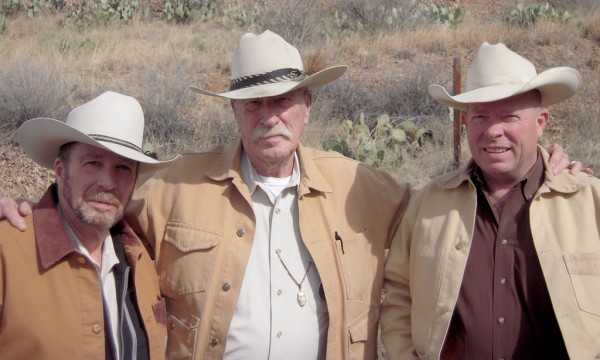 Throughout my adult life I have made my living with guns. However, it is not so much the guns that have made it an enjoyable experience as the people that guns have brought me in contact with. A good example of this are these two rascals who are an important part of the small group that I call “Special Friends.”

Joaquin Jackson transferred from the Texas Highway Patrol to the Texas Rangers in 1966. His duty station was Uvalde, Texas, and his captain was the famous border boss, Captain A.Y. Allee. Years later, Joaquin transferred to Alpine, Texas, and finally retired while in Alpine. Joaquin knows guns and shoots guns very well. I suspect that his favorites are the Colt Lightweight Commander, in .45 ACP, and the short barreled Winchester Model 94, in .30/30, that he carried for so many years.

It was my pleasure to work with Joaquin on a number of investigations over the years. However, probably the most memorable was the murder investigation and manhunt near Dryden, in Terrell County. The suspect had cut his girlfriend’s throat and then hit the brush. It took us several days, but we finally got the killer.

Bart Skelton and I have known each other for about 25 years, back when I was writing for Shooting Times and Bart was scribbling for Guns & Ammo. When I left Shooting Times, Bart transferred over and took over my duties as Handgun Editor and back-page scribe. Bart’s badge-totin’ career started in the New Mexico Highway Patrol and then he took a job with U.S. Customs along the New Mexico border. This past November, Bart retired after packing a badge for 31 years. Bart and I have enjoyed shooting good guns, hunting the Southwest, and visiting with pretty ladies on numerous occasions.

Bart Skelton still lives in southern New Mexico, while Joaquin and I call the Big Bend country of West Texas home. It has occurred to me that the three of us don’t spend nearly as much time with each other as we should. So I suppose that this is my 2015 New Years resolution…to spend more time with the people that matter in my life, my kids and their families, and these amigos that I have shared my life with.