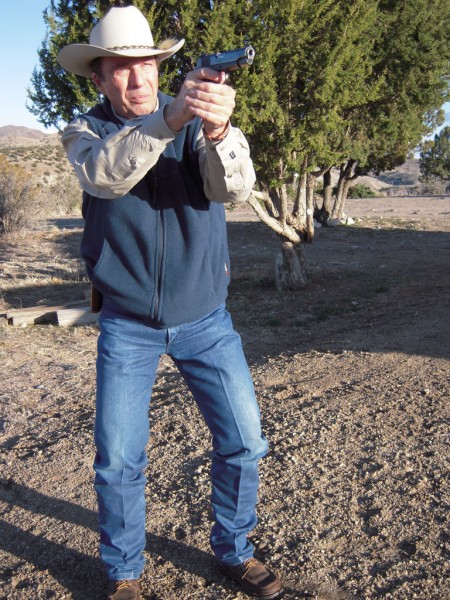 Nearly all of us realize that we don’t practice anywhere near enough. We’ve got good intentions, but a lot of the stuff of our daily lives just gets in the way. So, when we do have time for practice, it is important that we practice on things that are actually critical to saving our lives.

I don’t know of any citizen who has had to do a bunch of tactical and speed loads during an actual gunfight. That may happen to cops, but actual reports don’t show it happening to citizens. For citizens, the fight is over with whatever ammunition happens to be in the gun and, usually, there is some of that left over. Certainly, you should know how to do a tac load and a speed load…and you should know how to do them properly. Beyond that, I would not spend a bunch of time messing with it, even though it looks cool.

For that reason, the most important thing that we can practice, and the skill we should practice most often, is the draw stroke and delivering a controlled pair to the vital zone of the target. Now, I can tell you that you should start slow and work for smoothness. Some of you will listen and some won’t. The ones who won’t are going to learn all about negligent discharges. So put a band aid on it, quit whining, or learn to do it right.

If your shooting range won’t let you work from the leather, you can start at the point that your gun is level and your hands have come together, the “Smack” position for your Gunsite grads. Dry practice is valuable for this project, too. You work for a smooth, quick draw and you learn to break your shot the moment you focus on the front sight and see that it is on target. Once you have got the basics down and are making a smooth presentation, it is time to start stepping behind cover as you do the drill. Oh, and don’t forget to wear your usual covering garment while practicing.

Work on this presentation drill at various close ranges. Work to deliver your shots as soon as the front sight hits the vital zone. Work to stay on the threat until you are sure that he is no longer a threat. These relatively simple skills will help you take care of the vast, vast majority of criminal attacks.

And the final question for today’s lesson: If you have fired a controlled pair, how many times should you have seen the front sight? 1 time? 2 times? 3 times? 4 times?