The Modern Technique of the Pistol 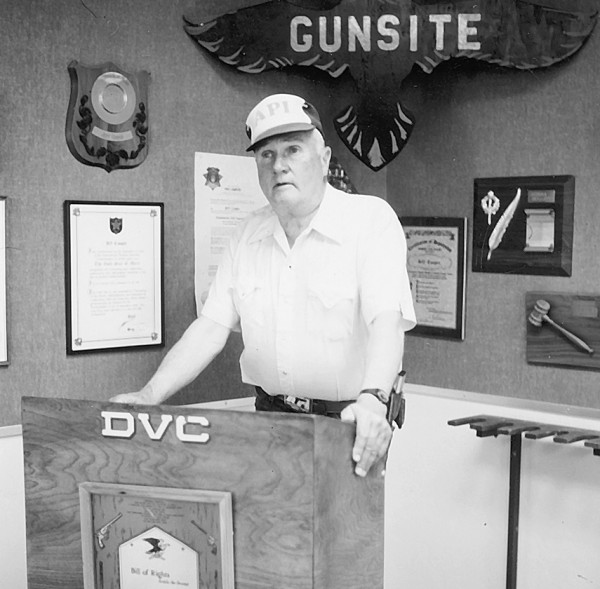 Back in the 1970s Col. Jeff Cooper (1920-2006) realized that defensive handgun training was sadly lacking. Being a student of defensive firearms, Cooper began to experiment with shooting techniques and observe the techniques of others who had “seen the elephant,” as the old-time gunfighters used to say. In the mid-1970s Cooper founded Gunsite Academy, in northern Arizona, and began to teach the Modern Technique of the Pistol.

The Modern Technique of the Pistol is based upon five elements that, when mastered, greatly increase the individual’s ability to survive a violent criminal attack.

LARGE CALIBER PISTOL Cooper strongly suggested that a person should carry the largest caliber handgun that he could shoot quickly and accurately. Cooper always preferred the 1911, in .45 ACP, for this reason. He didn’t think it was perfect, but he thought it was the best we had. It remains so today.

THE WEAVER STANCE The Weaver Stance combines an athletic body position with an isometric two-hand grip on the pistol. This combination allows one to move quickly and to manage recoil in such a way that repeat shots can be delivered accurately and quickly.

THE PRESENTATION Cooper taught a pistol presentation that did away with wasted movement and allowed a shooter to get on target quickly and accurately.

THE FLASH SIGHT PICTURE Those who are uninformed, or haven’t been there, say a person will look at the threat and cannot be expected to focus on his front sight during a deadly encounter. A large number of Gunsite graduates, however, have done that very thing during gunfights. More importantly, they won those gunfights.

THE SURPRISE BREAK Cooper taught us that we could apply smooth, gradual pressure to the trigger even in a fight for our lives. Cooper’s trigger press is the same technique used by bullseye target shooters. It is, however, compressed for time, so that the shot is delivered quickly and accurately with the sights dead on target.

Sadly, we live in a time when there are a lot of folks hanging their shingle out and claiming to be defensive shooting instructors. Many of them clearly don’t have the background or experience to talk about how one goes about winning a gunfight. Unfortunately, many of them just want to sell you stuff or impress you with how cool they think they are.

Your options are really quite clear… sign up with the latest gunfight guru (who hasn’t been in a fight of any kind since the 3rd grade on the school playground) or call Gunsite and book a pistol class. The difference is that Gunsite will teach you how to fight, how to fight effectively, and how to fight smart.

76 Responses to The Modern Technique of the Pistol