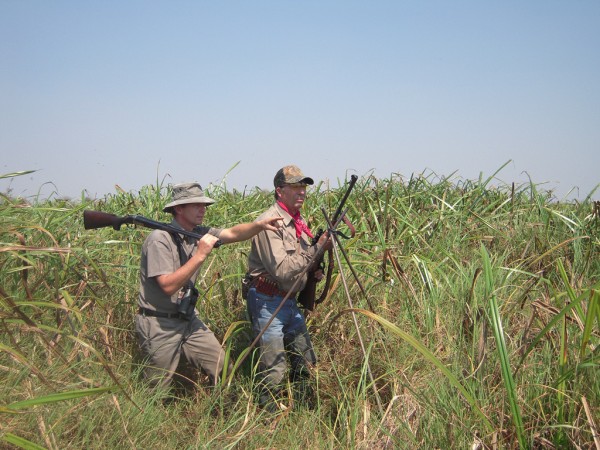 Making my living as a gun writer, it is my privilege to hunt with a broad assortment of rifles. I’ve taken game with just about every sort of rifle that is manufactured, including those nasty “black” rifles. However, when left to my own devices, I prefer to hunt with a rifle that deserves a place right alongside the relatively few rifles that have come to be known as classics. Naturally, I’m talking about the Ruger #1.

Back in 1966, American hunters were enamored with such arms as the Winchester Model 70, the Remington Mod. 700, and the Weatherby MK V. So, naturally, Bill Ruger decided it was just the right time to spring a single shot on the hunting crowd. Folks must have surely wondered what he was smoking.

Quite a student of world firearms, Bill Ruger modeled his #1 after the historic Farquharson single shot which incorporated a hammerless falling-block action. Such rifles were popular in Europe as stalking rifles and in Africa, where hunters like Frederick Courteney Selous used them on all manner of big game. Ruger’s genius is evident in the fact that the #1 rifle is still in production, some 50 years later, and as popular as ever.

I suppose that hunting with single-shot rifles is not for everyone, nor should it be. But I enjoy the challenge of knowing that my first shot needs to be a good one. I like the trim lines of the #1, the nice balance of the rifle, and its ruggedness.

To date, all sorts of game has fallen to one or the other of my #1’s. Whitetail deer, mule deer, hogs, Rio Grande turkey, aoudad, and all sorts of exotic game have fallen in this country. In addition, my #1 in .375 has accounted for 11 head of buffalo, Australian & African, as well as wild ox. If the red gods are willing, I’ll have another go at cape buffalo and nyala, in Mozambique, next summer.

I own and shoot quite a few Ruger guns. They are a lot of gun for the money and hell for stout. But, if I could have just one more visit with Bill Ruger Sr., I would thank him for the #1. It’s a classic American rifle.

54 Responses to An American Classic