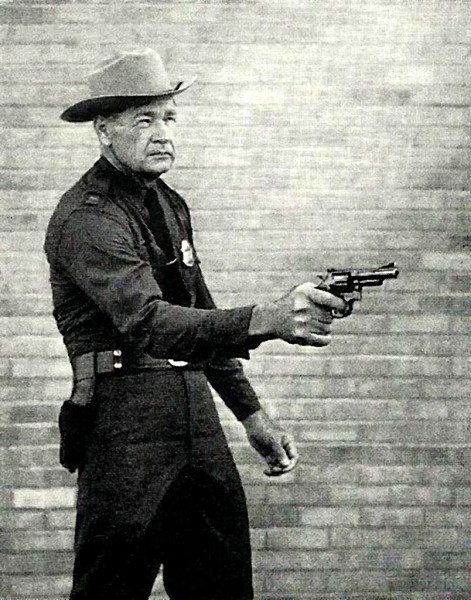 I’m working on a story about Bill Jordan for my column in Shooting Illustrated. And, thinking back on our time together, I remembered a hunting yarn about Bill that I thought I would share with you.

We were hunting turkey on the Penn Baggett Ranch, just north of Ozona. That particular morning, I had walked Bill out to a turkey blind that was just over the hill behind the bunk house. Not being entirely stupid, I went back to the bunk house and drank coffee until it was time to help Bill bring his guajalote back to camp.

I heard Bill shoot not long after the sun was up, so I wandered out to give him a hand. You can imagine my surprise when I found the blind, found Bill, but did not find a turkey. Bill had missed him clean.

As we walked back to the bunk house, I got to thinking that Bill was darned near 80 years old and he could afford to miss now and then. Almost as if he read my mind, Bill said, “I know what you’re thinking. But if I can’t shoot, I can’t do anything!”

So I told him to give me his gun and let me have a look at it. Bill’s gun was a pre-war drilling (Austrian, I think) with two 16-gauge barrels on top and a rifle barrel on the bottom. Some time in the past, Bill had the rifle barrel converted to .357 Magnum. As I looked down the bore, I realized that the bore was so leaded up that I could barely see light through it. When I asked him what ammo he was using, Bill searched around in his pants pocket and came out with some of that old Winchester lead SWC magnum ammo that he must have stolen from the Border Patrol before World War II.

Back at the bunk house, I wrapped a piece of Chore Boy pad around a brass bore brush and went to work on the barrel. I don’t know how much lead came out of that barrel, but I’ll bet it was enough to cast a couple of .44 Magnum bullets from. After that, I gave Bill a box of jacketed soft-point ammo and suggested that he throw that old lead ammo away.

Once the gun was clean, we repaired to the shooting range and Bill sat down at a picnic table, some 60 yards from a bullseye target. With his elbows resting on the table, Bill fired three shots through his drilling in a leisurely fashion. Those three shots clover-leafed! It’s one of the only times I’ve ever known of a miss that could actually be blamed on the gun.

Bill Jordan could shoot. Make no mistake about that.