Too Good to Die 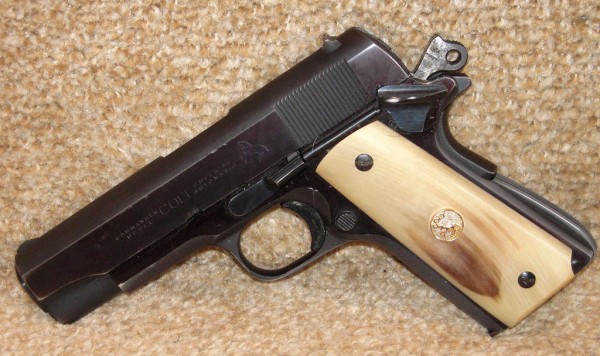 The .38 Super cartridge was introduced in 1928. It was simply the .38 ACP cartridge with hotter powder, giving almost 1300fps with a 130gr bullet. Colt made the move when they realized that their 1911 pistol could withstand higher pressures than previous Colt pistols. In those rough & rugged years, the .38 Super became one of the popular law enforcement cartridges because it would penetrate car bodies and punch holes in the ballistics vests that cops and robbers of the time wore.

In order to make the cartridge work in the Colt Model 1900 and 1902 pistols, the .38 Super had been set up to headspace on the semi-rim of the cartridge case. This caused poor accuracy. However, in the 1970’s, Irv Stone (Bar-Sto Barrels) began to offer replacement barrels that headspaced on the case rim and the accuracy problems were solved.

Modern ammunition for the .38 Super can be found that will drive the 125 JHP bullet at almost 1400fps. It is powerful, it is accurate, and in the 1911 pistol it is more comfortable to shoot than is a comparable .357 Magnum load in a medium-frame revolver. I’ve decided to start working with the grand old .38 Super cartridge and see just what it is capable of. Look for my various articles on this web site—and in the magazines—in the months to come.

The pistol shown is a Colt Lightweight Commander (mfg. 1970) in .38 Super. The stocks are big horn sheep horn crafted by Patrick Grashorn (www.grashorngunworks.com). Now, I’ve got to decide what I’ll have done to this pistol. I’m trying to decide if I should have some Novak sights put on, as on my .45 Commander, or maybe use those great express sights from XS Sight Co. A trigger job and a properly headspaced barrel may be in order, too.

What sort of custom features would you put on this Commander? Take a minute and share your thoughts with me.

97 Responses to Too Good to Die