Last of the Wild Bunch 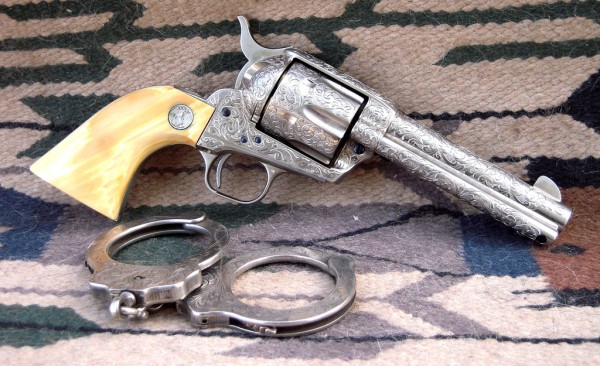 There are a number of stories about the old outlaws and gunfighters claiming that they did not die at the time and in the manner that history records. Some insist that Billy the Kid, Jesse James, and John Wilkes Booth—just to name a few—lived out their lives while some other poor soul moldered in their graves. Frankly, most of those claims came from windy old timers who were just trying to make a good story better by coating it with a thick covering of what we will refer to as bovine fecal matter. However, one fellow that it just might be true of was called Robert Leroy Parker; we knew him as Butch Cassidy.

Cassidy was born in Utah, in April of 1866, and went on the outlaw trail while he was still in his teens. In short order, his habit of taking other folk’s horses and cattle into protective custody turned in to bank and train robbery. Butch was one of the leaders of a loose-knit outlaw group that made a science out of hitting banks and trains across the American West.

However, by 1900, Butch knew that his days as a western Robin Hood were limited. Will Carver was dead, his buddy Elzy Lay was in prison, and Butch began thinking about going to South America to enjoy a climate with a bit less lead in it. About 1901, he, Harry Alonzo Longabaugh (The Sundance Kid), and Etta Place, turned up in Argentina and started ranching. All was peaceful until the Pinkertons got on their trail. And, about 1905, Butch and Sundance took up their old life of crime once again.

Supposedly, in 1908, they were gunned down in San Vicente, Bolivia. However, that has never been satisfactorily proven. We do know that two white outlaws were shot down in that town on November 6, 1908. But they were buried without having been identified. Many years later, the rumors started that the dead men were Butch Cassidy and the Sundance Kid. The Pinkertons, of course, encouraged this because it made them look good (Pinkertons were a lot like our present-day FBI in that regard).

A few years ago, a couple of historians had the bodies exhumed and found indications that the men had been killed by gunfire. They were sure they had finally found Butch & Sundance. But, unfortunately, none of the DNA matched. These may well have been two of the several anglo outlaws that were roaming South America at that time.

Finally, the Parker family (remember, his real name was Parker) has had a long-standing tradition that Butch came back to Utah to see his father and his siblings in 1925. In addition, old timers across the West used to tell about running into Butch many years after his alleged death in Bolivia. Since Butch was a likeable fellow, who probably never killed anyone, he was always popular and well remembered, even by some of the lawmen of the time. Parker family legend says that Butch actually died just prior to 1940. The family made a pact to never reveal where he died or where he is buried.

Of course, we’ll never be sure just what actually happened to Butch. But I’ve always wanted to believe that he was the one that got away. If his story strikes your fancy, you might want to pick up a copy of “Butch Cassidy: My Uncle” by Bill Betenson, published by High Plains Press.

17 Responses to Last of the Wild Bunch