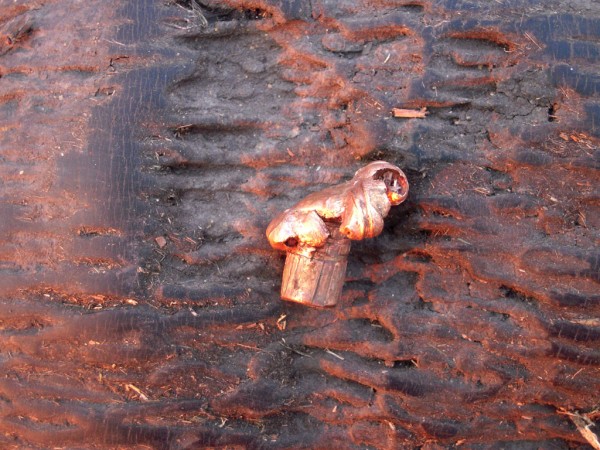 There is an old southern saying that “the proof is in the puddin’.” And nowhere is that truer than when you are talking about premium bullets for heavy, dangerous game. Let’s face it, on heavy stuff like buffalo, your inexpensive deer hunting bullets just aren’t going to work.

The big game bullet really has a tough job. It has got to punch through a lot of heavy muscle. It also has to fight its way through some massive bones. And, after all of that, it still has to mushroom in order to cause the tissue damage that will result in a massive loss of blood that will quickly incapacitate the animal. Anything less than that and you’ve got a superficially wounded animal that you should expect will be a bit upset and vindictive. Band-aids may end up being the order of the day. 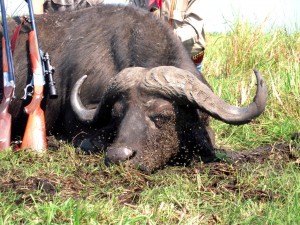 Recently, while hunting in Mozambique, we stalked within 40 yards of about 250 cape buffalo. The bull I had selected looked like he was completely broadside to me. In fact, he was slightly quartering towards me. My shot, aimed for the center of his shoulder, took him more towards the point of the shoulder. It smashed the shoulder joint, shredded the vitals, and came to rest in the off shoulder. What I got was a rare one-shot stop on 1600 pounds of cape buffalo.

The bullet that I was using was the 300 gr Barnes TSX bullet (.375 H&H) in their new VOR-TX Safari Line ammunition. Velocity was about 2500fps at the muzzle. And, after all that abuse, the bullet only had one petal broken off. That’s what I’m talking about when I say “premium bullet.”

Just so you know that this wasn’t a freak accident, we have taken nine head of Australian buffalo with the Barnes TSX bullets and gotten similar results. One of the reasons for this is that Randy & Coni Brooks, of Barnes Bullets, are hunters and, not only that, they listen to hunters. Their bullets aren’t designed by some vague mathematical theory; their bullets are designed based upon what works in the field on wild animals.

When looking through your scope at a cape buffalo, it is comforting to know that the bullet you are about to launch has been designed by hunters who know about heavy, dangerous game and premium bullets.

Transpecos Mule Deer
The Handy Carbine
The .30/06: My Two Cents Worth