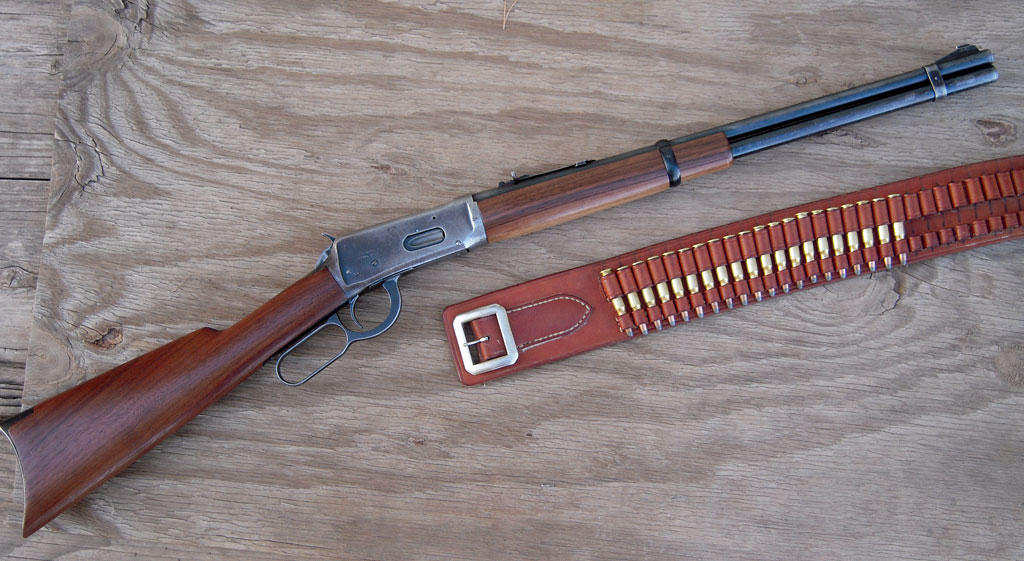 The Winchester Model 1894 was designed by John M. Browning and introduced by Winchester in 1894. Originally, it came out in .32/40 and .38/55, two black-powder cartridges. But, in 1895, it was also chambered for the .30 WCF (what we now know as the .30/30), the first smokeless powder cartridge designed for strictly sporting purposes. The Model 94 is still being made today, with probably in excess of 7 million guns being produced.

This particular carbine, in .30/30, was made in the 1940’s. Winchester records are not complete for the ’40’s, so we don’t know exactly what year. However, the action and bore are in good shape. It does appear that the gun has been restocked, however. Which is no concern to me since I wanted a shooter, not a collector.

Although, today, folks tend to look down their noses at the .30/30 cartridge, it has taken every game animal on the North American continent. The cartridge has about the same characteristics as the AK-47 round and, as we have suggested, makes an excellent defensive choice for those who don’t care for the “black rifle” look or who live where there is excessive prejudice against AR’s.

I’ll be using this carbine as a project gun. This fall, it will get a set of XS ghost ring sights and a general tune-up from a competent gunsmith. After that, it will undoubtedly find a home in my vehicle, along with my Vang Comp 870. I’ll keep you posted as the project continues.

Tombstone
A Preview of Things to Come

This entry was posted in History, Projects, Rifles and tagged .30/30, browning, model 94, winchester. Bookmark the permalink.

10 Responses to The Winchester Model 1894: A Classic American Rifle