Five Beans in the Wheel 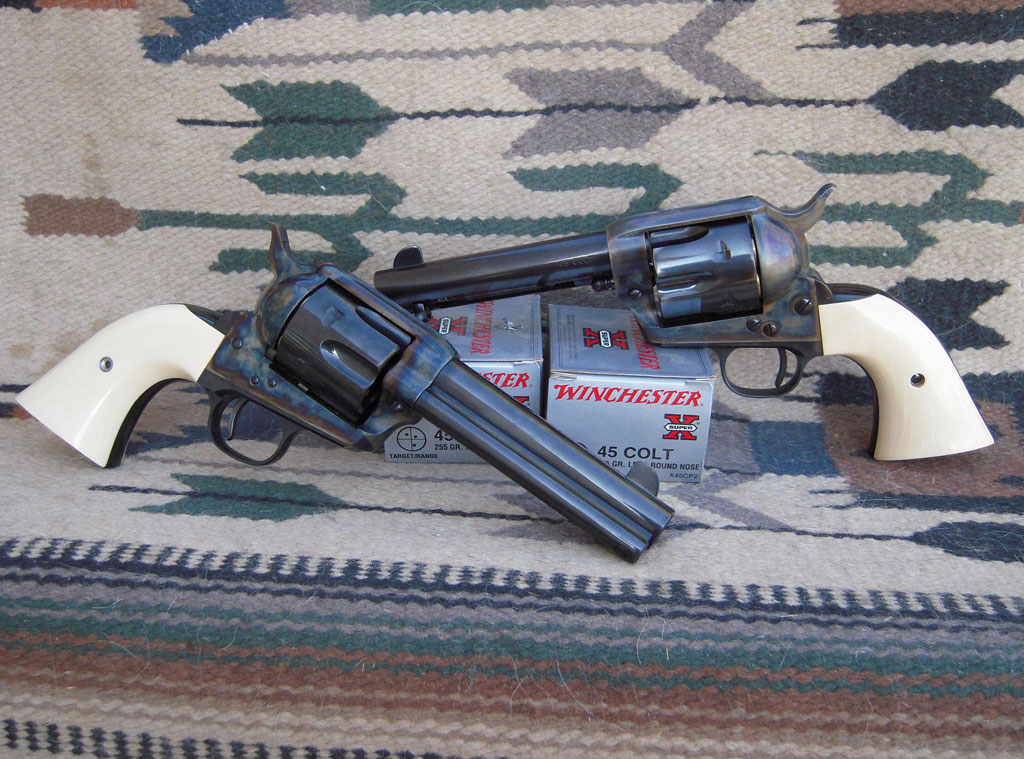 There is something important that folks need to know about traditional single-action revolvers (the exception being the newer guns with transfer-bar safeties, like the New Model Rugers). If you load all of the chambers in the cylinder and the gun is dropped on its hammer, said gun will more than likely go off. Of course, there is a safety notch on the hammer, but this is a thin piece of steel that will generally break when the gun is dropped. Wyatt Earp and Oliver Lee were just two of the Old West gunmen that learned this lesson the hard way.

This is the reason that traditional single actions are only loaded with five cartridges and the hammer is allowed to rest on an empty chamber. Nowadays, it is not uncommon to see folks load their guns with five cartridges and then point the sixgun in the general direction of their head while they turn the cylinder, to make sure that the empty chamber goes under the hammer. Folks, there is a better, safer way to do it. The old timers called it “Five beans in the wheel.”

To begin with, the hammer is brought to half cock so that the cylinder will turn freely and the loading gate opened. Then you load one, skip one, and load four more. Bring the hammer to full cock and gently lower it onto the empty chamber.

This simple procedure guarantees that the hammer will go down on an empty chamber. And you don’t have to turn the muzzle towards your head to see what is going on. Another advantage is that the gun can be loaded without one even having to look at the gun at all. You can see where this would be a real advantage when trying to load in the dark, or low light.

The old, traditional single action is a great handgun that has been around for a long time. And, sometimes we have to relearn the lessons of the old timers to use it safely and effectively. Carrying the gun with the hammer down on an empty chamber just makes good sense. And you don’t need to have it fall out of your holster, hit the floor, and go off (the way it happened to Wyatt) to learn the lesson.

FIVE BEANS IN THE WHEEL: load one, skip one, load four more, bring the hammer to full cock, and slowly lower it onto the empty chamber.

Realistic Practice – The Key to Firearm Training
How Much Ammo Do You Really Need for Concealed Carry?
Accuracy, Power & Speed: Defensive Handgun Training At Its Best

18 Responses to Five Beans in the Wheel