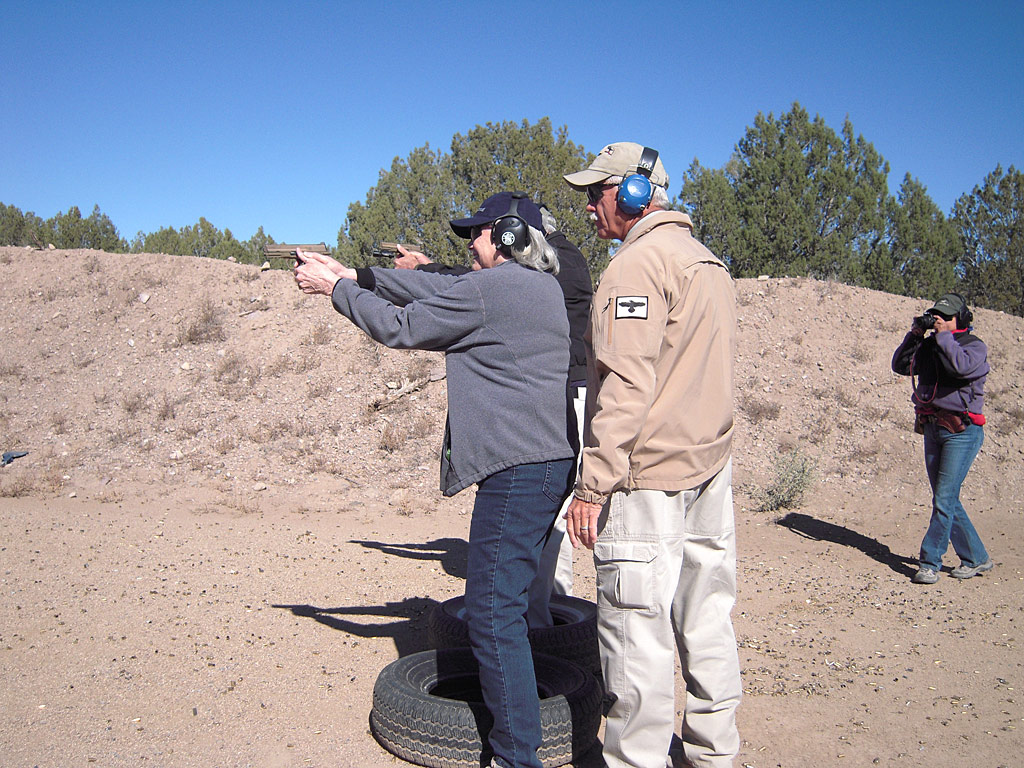 The Gunsite Academy was founded in 1976 by Col. Jeff Cooper. It is the oldest private shooting academy still in existence in the United States. At this venue, Col. Cooper taught what has come to be called The Modern Technique of the Pistol. His method teaches shooters to deliver quick, accurate shots to a target. Though it started with the pistol, Cooper quickly incorporated the same techniques to the use of the shotgun, rifle, and carbine. Cooper’s Gunsite doesn’t teach one to shoot so much as it teaches one to fight.

Sadly, over the years, certain individuals have tried to ride on the good colonel’s coat tails. We see instructors and schools pop up and try to make changes to the techniques, giving them fancy names, so that people will think that they have personally invented something new. Many of these new guys have never heard a shot fired in anger and haven’t been in a fight since the 3rd grade. Their methods are faulty and do not stand up to what we have experienced in gunfights. On the other hand, Col. Jeff Cooper was a fighting man who carefully studied defensive techniques and then found the easiest way to teach those techniques to people who really wanted to learn.

Gunsite’s staff of instructors are among the most qualified defensive instructors that you will find anywhere in the world. In addition, they are happy that you chose to attend Gunsite and they want to help you succeed. Many of the instructors and staff have come to be among my closest personal friends. And they teach me something new every time I take one of their classes.

Today, Gunsite is owned and managed by my friend Buz Mills. Buz insists that Gunsite instructors remain faithful to the doctrines propounded by Col. Cooper. You don’t get Flavor-of-the-Month techniques and terminology. Instead, today’s Gunsite students get sound training in defensive shooting methods that have been proven over and over again in actual gunfights.

Does all of this sound like an endorsement for Gunsite? You bet it is. I’m high on Gunsite!!!

Purpose-Built Defensive Ammo: Find It and Use It
The Nighthawk Border Special 1911: Richard Mann's Review
You, Too, Can Screw Up a 1911