The Greatest Game Animal of Them All 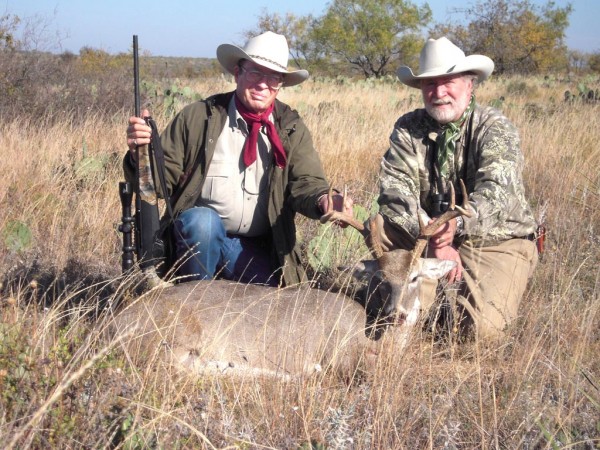 I’m currently getting ready to hunt cape buffalo in Africa, with Il Ling New and Richard Mann. Not to be bragging, but I’ve hunted Asian buffalo in Australia, caribou in Alaska, elk in Utah, and bear in New Mexico, among other assorted species around the country. As I say, I’m not saying this to be bragging, I’m just setting the stage for naming what I think is the greatest game animal of all. And that, my friends, is the whitetail deer.

According to some sources, the whitetail deer is found in every state in the U.S., with the exception of maybe four or five. And it is one of those animals that has learned to acclimate with the human population quite well. When I was a kid, in Texas, we figured we had about 2 million deer in the state. However, latest figures show that we’ve got something over 4 million. And that is the same situation virtually all over America even though our population has exploded during those years.

Mr. Whitetail is also a very democratic animal. You just don’t need a lot of gear to be a deer hunter. In fact, a gun, cartridges, a knife, and a hunting license, is about all that’s required. Oh sure, you can add a scope, binoculars, a range finder, camo gear, scent protection, and all kinds of other stuff, if it makes you feel good. But you don’t really need it. And, when I was a kid we figured a fellow was kind of a sissy if he used all of that stuff.

Frankly, most of what any of us ever learn about hunting big game, we’ve learned while on the trail of the whitetail. They are spooky, sneaky, and fast. They don’t make many mistakes and you won’t, either, if you plan to take home some venison. You quickly learn to pay as much attention to your woodscraft as you do your marksmanship.

Though I’ve never kept count, I suppose I’ve taken in the neighborhood of 200 deer since I started hunting (exactly how many years ago that is, is none of your business). I’ve never taken one with a shotgun or bow & arrow, never hunted them with dogs, and don’t like to hunt out of a blind near a feeder. Some people do and, where it’s legal, that’s their business.

Think about what you know about hunting big game and I suspect you’ll join me in taking our hats off to the greatest game animal of them all, the whitetail deer.

14 Responses to The Greatest Game Animal of Them All