The Cadillac of Snub-Nosed Revolvers 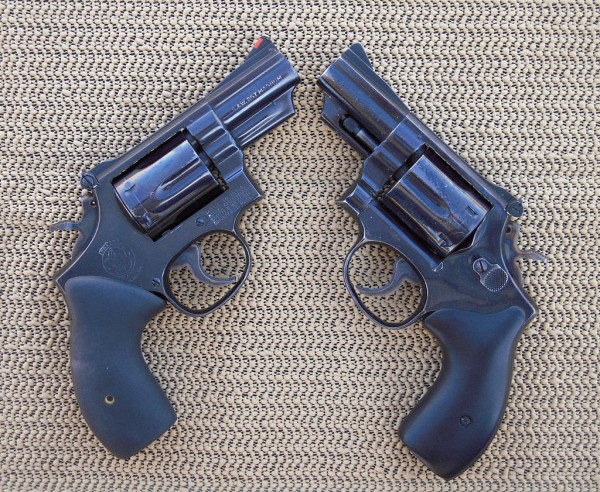 One of my favorite handguns started life as the Smith & Wesson Combat Magnum. Back in the 50’s, Bill Jordan was approached by the wheels at Smith & Wesson and asked to give his thoughts on the perfect revolver for police officers. The result was the Combat Magnum revolver that soon came to be known as the Model 19. It was later produced in stainless steel and called the Model 66. Of course, Bill’s idea was for them to build a 4-inch barreled revolver and that, at first, is exactly what Smith & Wesson did.

However, my favorite Model 19 has always been the 2 1/2” barreled version. It featured a 2 1/2” barrel with the integral ejector-rod shroud and a round butt. Along with that, it incorporated the ramped front sight and adjustable rear sight that was standard to all Model 19s. I’m sure the idea was to build a Model 19 that would be more suitable for criminal investigators to carry concealed. However, we quickly found out that the little sixgun was capable of very fine accuracy and our qualification scores did not drop drastically, if at all, shooting the shorter barrel.

In the above photo, the gun on the right is a Model 19-3 and the one on the left is a Model 19-4. Both have pinned barrels and recessed cylinder chambers. They were made during the heyday of Smith’s revolvers. For your interest, I have compiled a little timeline on the 2 1/2” Model 19.

In my view, and that of many others, the glory years for the 2 1/2” Model 19 were 1966 to 1982. From that time on, Smith & Wesson began to cheapen their revolvers and a reduction in performance resulted. Fortunately, these great snub-nose revolvers can still be found at gun shows and in the used counter of many gun shops. Handy little six-guns, if you ask me.

32 Responses to The Cadillac of Snub-Nosed Revolvers