While the single-action revolver may not be the best choice for personal defense, we should remember that single actions took care of that chore for many years. It is also worth considering that there are a lot of folks out there who regularly carry a single action on their ranch, farm, or backwoods adventures. In addition, let’s not overlook the large number of people who regularly participate in cowboy action shooting. All of these folks spend a lot of time with their single-action sixguns and it is not beyond belief that they might actually have to fight with them.

When using full-house fighting ammo, the single action is really quite competitive with autos and DA revolvers, so long as we’re talking about shooting slow enough to get good center hits. The key to success is to use a good two-hand hold on the single action and use the thumb of your support hand to cock the hammer. In this manner, you maintain your shooting grip and can get center hits in rather impressive times.

There’s no doubt that the SA revolver is slow to reload, but there are ways to speed that up a bit. The gun should be held in the left hand, and that hand used to turn the cylinder and manipulate the ejector rod. As you dump an empty shell from a chamber, load that chamber with live ammo before moving on. And remember that the revolver should be held just below shoulder level while reloading. In this manner, the shooter can keep an eye on his surroundings and keep up with the location of any threats.

Texas Ranger Captain A.Y. Allee used to carry a single action a good bit and killed at least one man with one. I once asked him about the fact that the SA revolver was slow to load. He said, “Son, if you’ve put those five .45 Colt slugs where you should have, you have all the time in the world to reload.”

So, if single actions are a part of your life, give some thought to handling them efficiently in a defensive situation. A fight is going to be what it’s going to be and you will probably have to fight with whatever is at hand. If you know your single action, it can see you through to success. 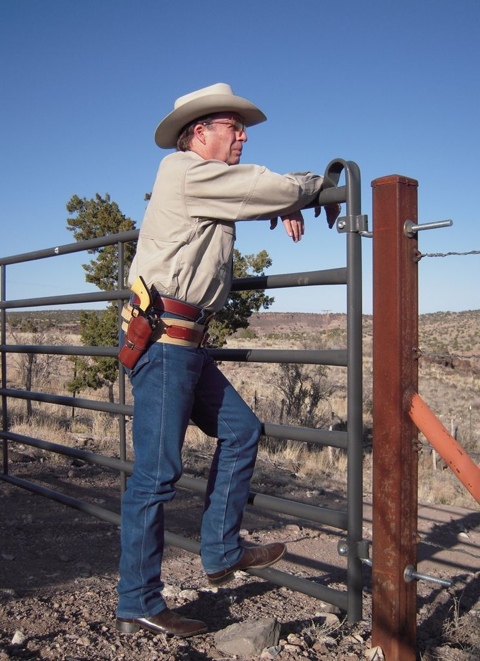 Law & CCW: What You Need to Know for Self-Defense
5 Handling Tips for a Home-Defense Shotgun
Gun Violence?

6 Responses to Single Actions for Defense?