Traditionally, Americans have determined a man’s home is his castle. It is often considered the place where a person is safest.

Unfortunately, with home invasions, this is not always the case. One merely has to read the news accounts of various home attacks across the country to know a person is not safe from criminal attack simply because he is in his own home. In fact, he may be in worse shape simply because of a false sense of security. 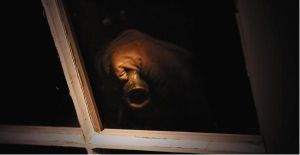 Home invasions are generally premeditated—the criminals have scouted the neighborhood looking for signs of affluence and lack of awareness. Good indicators are new cars in the driveway, expensive-looking clothes on the victims and large, fancy-looking homes. You must understand that criminals will be operating on their definition of affluence, not yours. They are not concerned with how much your job really pays, nor how much debt you incurred in order to have a nice home and late-model car. They are concerned with what looks, to them, like an easy mark that might result in lots of cash, jewelry or other quickly fenced valuable items. I’m not saying you ought to make an effort to look poor, just be aware you might be a target even though you don’t think you qualify.

The first step in dealing with home invasions is being aware of what is going on around you. In numerous cases, criminals have often followed their intended victims on errands and shopping trips to get an idea of the victims’ habits and routines. Be alert if you see a stranger who continues to observe you from afar or for the same car following you on different days and routes. Don’t blow these situations off—contact law enforcement and report it. If you’re being followed in your car, just drive to the closest police station.

A Preview of Things to Come
A Lawman's Carbine
Honoring Skeeter