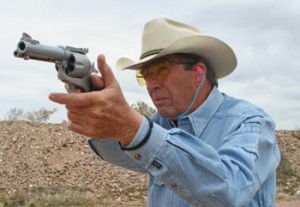 originally designed as fighting guns and they did an excellent job of taking care of defensive chores for many, many years.

Today, the modern semi-automatic pistol and double-action sixgun have the old single action beat in capacity and speed of reloading. But, center hits stop dangerous attacks, not the amount of ammo your gun carries or how fast you can recharge it. Let’s look at some of the shooters who favor the single action and examine some of the techniques that make the single action a viable choice.

Click here to visit Shooting Illustrated to read the rest of this article.